Moody’s rates Dangote Cement for the first time at Ba3 and Aaa.ng, stable outlook, above Nigeria

July 6, 2017 Africa/International Comments Off on Moody’s rates Dangote Cement for the first time at Ba3 and Aaa.ng, stable outlook, above Nigeria 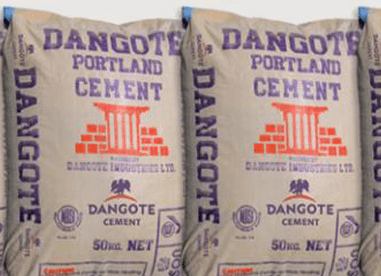 The rating is above Nigeria’s rating the agency said.

According to Moody’s, the ratings factor in the diversification of the company’s revenue streams as DCP’s new cement production plants are commissioned in Africa with Pan-African volumes expected to reach 40 per cent of total sales volumes by 2020.

Among others, Moody’s gave the following rationale for the ratings.

It said Dangote Cement’s Ba3 CFR and Ba3-PD probability of default rating reflect the company’s strong financial profile, which factors (1) high operating margins trending above 50 per cent; (2) low leverage as measured by debt/EBITDA trending below 1.0x over the next 18 months; (3) high interest coverage as measured by EBIT/interest expense trending above 8x over the next 18 months; (4) conservative funding policies with debt funding matched to the currency of cash flow generation and prudent financial policies which will ensure sustenance of strong credit metrics through operating and project build cycles; and (5) the additional parent level financial strength afforded by being part of a broader diversified group of companies under the Dangote Industries Limited (DIL) umbrella.

The ratings also factor in (1) the relatively small scale level of cement production when compared to global peers along with production of 23.6 million tonnes (mt) for the Financial Year Ended 31 December 2016; and (2) a concentration of production in Nigeria, representing around 68 per cent of revenues for the financial year ended 2016.

The ratings are further predicated upon (1) a continuing growing cement market share of 65 per cent in Nigeria as Africa’s most populous country and its largest economy where GDP is expected to reset to growth levels of around 2.5 per cent in 2017 despite the ensuing low oil price environment; (2) protected domestic production in the various African markets in which it operates, given on-going restrictions on imports; and (3) competitive advantage brought about by an intention to always be the lowest cost cement producer in the markets where it operates, with a differentiated offering in Nigeria through access to low cost coal as an energy resource and a comprehensive fleet network, Moody’s said.

The agency notes that under its forecasts, Dangote’s liquidity profile is sufficient to meet the company’s cash needs over the next 12 months.

“Moody’s estimates that funds from operations generation of NGN493 billion ($1.5 billion) for the next 12 months and an unrestricted cash balance of NGN136 billion ($419 million) as of 31 March 2017 are sufficient to cover maintenance capex of NGN11 billion ($34 million), planned expansion capex of NGN235 billion ($724 million) and dividends of NGN145 billion ($447 million). Uncommitted expansion capex will require external funding,” it said, adding that, “this will be supported by Dangote’s four committed trade finance facilities for a total amount of NGN130 billion ($401 million) to be used to cover import payments via issuance of letters of credit.”

The stable ratings outlook, Moody’s says reflects its expectation that Dangote will continue to maximize output from existing plants outside Nigeria, while continuing to observe conservative financial policies. At the same time, the stable outlook assumes the ability to refinance maturing debt predominantly due to DIL, during 2017 through a Nigerian naira denominated bond issuance.