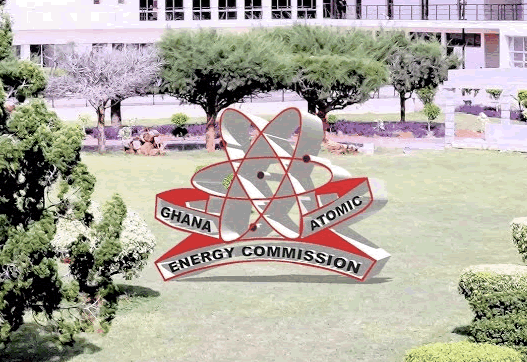 The Ghana Atomic Energy Commission came under a barrage of queries from around the world when news broke that it had started dealing with the Keshe Foundation, led by a man known as Mehran Tavakoli Keshe.

The Commission, signed a Memorandum of Understanding (MoU) with the Keshe Foundation sometime in 2016. The two organisations then organized a Space Summit in Accra, and then this year, 2017, they announced that the Foundation was going to build for Ghana, what would be the first Space launch pad in Africa in Ghana. That story also generated global interest leading to questions about the genuineness of the Keshe Foundation.

A GNA report cites Prof Benjamin J. B. Nyarko, the Director-General of the Ghana Atomic Energy Commission saying at the opening of the Space Summit that the Commission had over the past year been familiarising, testing and affirming the Keshe technology and its applications, of which the outcomes have been very encouraging and promises a good future for Ghana and Africa as a whole.

But in an exclusive interview with ghanabusinessnews.com, Prof Nyarko says the Commission has abrogated the MoU it signed with the Foundation because the Commission found that the scientific proposals that Mr. Keshe was making weren’t “very helpful.”

This interview was done on Tuesday June June 27, 2017, and Prof. Nyarko said the MoU was abrogated two weeks earlier.

“They came with some scientific proposals we were looking at. After looking at it we found out that it wasn’t very helpful,” he said, adding that “we have to abrogate the MoU which we had to study the theories, especially those with medical claims. We later found that we can’t have any scientific proofs and so we abrogated the MoU.”

The Commission was even in the process of providing Keshe with land.

“We wanted to give him land for the production, but we later found out that what he was doing and what we are doing are not compatible,” Prof Nyarko told ghanabusinessnews.com.

He also added that the Spaceship project as proposed by Keshe will take a long time for people to understand.

“It will take a long time to get the scientific basis for it. We have a mandate. We have to focus on our mandate,” he said.

The Keshe Foundation among others, makes claims that it has the scientific technology to change the world including having the cure for diabetes and HIV/AIDS.

Keshe is promoting his new Plasma technology which he claims uses mostly natural methods to arrive at natural outcomes.

When asked about the medical claims of Keshe’s technology, Prof Nyarko said he hasn’t seen anything like that.

“I have not seen anything. I have had a letter from the Food and Drugs Authority (FDA) saying we are doing a clinical test. If he has any clinical thing to do, he has to authenticate it. Our MoU with him is not collaborative. We just gave him land and space,” he said.

According to Prof. Nyarko, the Commission asked Mr. Keshe to go to the FDA and Ghana Standards Authority (GSA). “We don’t have capacity for that. I’m not aware if he has got that approval from the FDA and GSA. I can’t talk for him, because he didn’t come back.”

“We also received different stories from different parts of the world and putting pressure on us. Things that are not proven you are now working with it, it will be very difficult for people to buy into it. We are not going to work with him. If he has a place in Ghana, I don’t know,” he said.

Keshe has renovated the building that the Commission gave out to him for research, “but he will move out. We never put in any pesewa into it. The only thing is our human knowledge to help him do the work,” Prof. Nyarko said.

“He was to give us 25 per cent from the project if it succeeded,” he added.

He also told ghanabusinessnews.com, that he is unaware if the Keshe Foundation has an office in Ghana.

Meanwhile, Mr. Keshe in one of his Youtube videos published on June 22, 2017 says in the coming weeks, he would announce the establishment of more than 10 to 20 Keshe Foundation manufacturing across Africa.

Adding that, The Keshe Foundation international which will be called Keshe Global will be based in Ghana.

He said further that, he has asked for a new Commission to be set and that wil be done, he said confidently.

He indicated that he is training scientists in Ghana, who will go around Africa training other scientists.

However, a cursory search on the Internet about the Keshe Foundation shows mixed reactions. The scientific basis of his claims are being questioned all over the Internet, but it appears he has supporters attacking everyone who questions his claims.

Copyright ©2017 by Creative Imaginations Publicity
All rights reserved. This news item any portion thereof may not be reproduced or used in any manner whatsoever without the express written permission of the publisher except for the use of brief quotations in reviews.