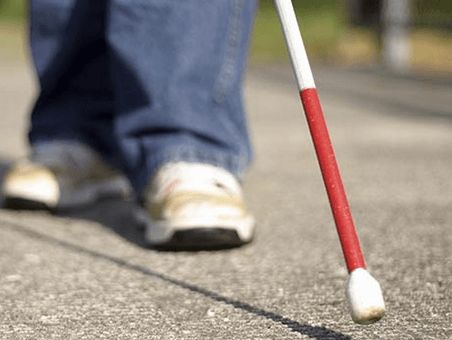 He said the Association conducted a survey to ascertain how state institutions were complying with provisions of Article 715, especially Section 6 which concerns accessibility to public places after it was established on June 23, 2006.

“At the RCC, those who matter and can have your concerns addressed are all found at the last floor. Even the conference hall is not also accessible. They have constructed a very lean ramp which cannot have a wheelchair go through”.

Mr Aniah who disclosed this in an interview with the Ghana News Agency (GNA) in Bolgatanga, said the situation was not different at the Community Day Schools being constructed and the Bolgatanga Polytechnic.

He said the old administration block at the Bolga Polytechnic was under renovation, while the current block used for administrative duties, had all staff at the top including lecture halls, adding that “as a wheelchair user, be it a student or not, you will not be able to have access to that floor.”

Mr Aniah expressed dissatisfaction at the inability of the institutions concerned to enforce the law and described as unfortunate why almost all government departments usually had offices of top administrative staff at the last floor,“I do not know why in Ghana all the big men want to be on the top floor.” He lamented.

He called on parents to desist from regarding their disabled children as a means of punishment from God, and support them since everyone could be in that condition.