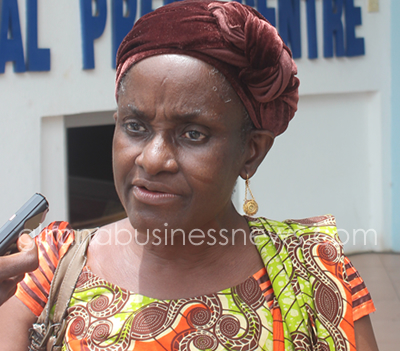 Ms Ajoa Yeboah-Afari, a Member of the Board of the School of Information and Communication Studies, the University of Ghana, has said Ghana should begin apprehending journalists who omit the background of their conflict-related stories.

Ms Yeboah-Afari said this was because ignoring the background information could escalate conflicts.

She was speaking at the launch of “Conflict-Sensitive Coverage: A Manual for Journalists Reporting Conflict in West Africa,” edited by Professor Audrey Gadzekpo, the Dean at the School of Information and Communication Studies.

The seasoned journalist/editor said the access to reference was as important as to the cutlass was to the farmer and with the advent of search engines, getting background to  a story had become easier for any Journalist to ignore.

She explained that a peculiar problem with Ghanaian Journalists was the lack of specialism, therefore, any initiative to help them specialise deserved all the needed support.

Ms Yeboah-Afari asked journalists to report news stories with courage and sensitivity, urging them to use the manual effectively to avoid the wastage of the efforts that had gone into its production.

The manual has a section, which addresses the need for the media to improve the coverage of conflicts and peace-building, aims at engaging journalists to do their job  in ways that could lead to positive outcomes.

Mr Chukwuemaka B. Eze, the Executive Director of the West African Network for Peacebuilding (WANEP), said in the manual that Journalists had critical roles to play in ensuring the responsiveness of a government to the people.

Mr Eze described the media as “the Good, the Bad and the Ugly” because according to him, society was shaped, reshaped and unshaped by the media.

He stated: “Meeting and training provide opportunities for discussion on how to address the challenges that the media confronts in conflict management and help us to strengthen journalists’ ability to report in ways that make them friends and partners in progress and not foes.”

Mrs Adelaide Anno-Kumi, the Chief Director of the Ministry of the Interior, launching the manual, urged journalists to report on issues objectively and avoid politicising issues on conflict to reduce the tension.

She urged stakeholders to secure copies of the manual to reduce the tendency of citizens taking the law into their own hands.

Mr Mustapha Hamid, the Minister for Information, said he was overly optimistic about the security of future conflict reporting considering the many voices of reasoning in journalism practice in the country.

He said the manual was an important tool because it would help guide the path of conflict reportage, as it would navigate reporters through the complexity of reporting conflict in West Africa, especially Ghana.