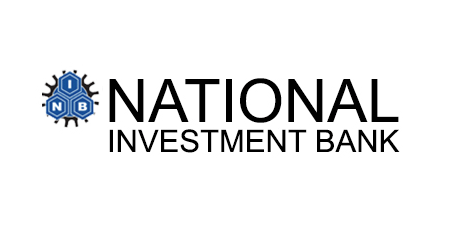 The NIB appealed to the highest court to reverse decision by the Commercial High Court presided over by Justice Amadu Tanko now an Appeals Court Judge, which decision was earlier upheld by the Court of Appeal, as defective.

The High Court on February 21, 2013, gave judgement against NIB in favour of Dominion Corporate Trustees Limited of Channel Islands, UK, for the recovery of the sum of US$60 million, plus interest, with effect from January 29, 2009, to the date of final payment.

The Court of Appeal, on July 4, 2013, stayed the execution of the judgement of the Commercial Court pending the outcome of an appeal filed by the NIB.

The bank, whose debt had doubled with a daily interest of $20,000, asked the Court of Appeal to quash the Commercial Court’s decision because it was defective.

NIB lost the appeal and proceeded to the Supreme Court.

In its ruling the five member panel of the Supreme Court presided over by Justice Sophia Akuffo in a unanimous decision ruled that the appeal succeeds and that the writ of summons void.

The apex court said a writ which is void, cannot be perfected by a waiver or an amendment, saying in this instance the title of the writ did not disclose certain investors in the promissory notes.

“The rules of the court forms an integral part of the rules of Ghana, and as such much be treated with caution to ensure sanctity in the judicial system, thus failure to comply with the requisite of the law renders the writ void.”

It said Dominion Trustees had no capacity to have initiated the action and that the writ issued at the High Court did not indicate they were the real investors.

The court also set aside all proceedings found on the writ of summons as well as the judgement of the high court and the Court of Appeal and consequently awarded a cost of GH¢500,000 against Dominion Trustees which was represented by Mr Kwame Pianim, as its investment consultant.

Mr Tsatsu Tsikata represented the NIB as the bank’s counsel.

The suit was commenced against the NIB by Standard Bank Offshore Trust Company, which was later substituted by Dominion Corporate Trustees Limited, on behalf of investors who had purchased promissory notes issued by Eland Ghana Limited and guaranteed by NIB.

Under the terms of the transaction, the investors had to pay a discounted total sum of $45 million in May 2007, and upon maturity of the promissory notes on January 29, 2009 reap $60 million, thus earning $15 million in profit.

During the trial the NIB led evidence to show that its Managing Director at the time, Mr Daniel Charles Gyimah, signed the guarantee without any authorisation from the board.

The bank also led evidence to show that the US$45 million was not utilised for the advertised purpose but was rather distributed by Mr Gyimah to Eland Ghana Limited and companies connected to it.

The largest beneficiary was Sphynx Limited, USA, which was given $24 million. It also emerged that Sphynx Limited was a fully owned subsidiary of Iroko Securities Limited.

In the counterclaim, the bank joined Mr Gyimah, who according to the NIB did not have the mandate to authorise the promissory note and also joined to the counterclaim was Eland International Ghana Limited.

But the court, in its February 21, 2013 judgement, held a contrary view and declared NIB liable and ordered it to pay the $60 million, with 11 per cent interest, with effect from January 2009 till the day of final payment.