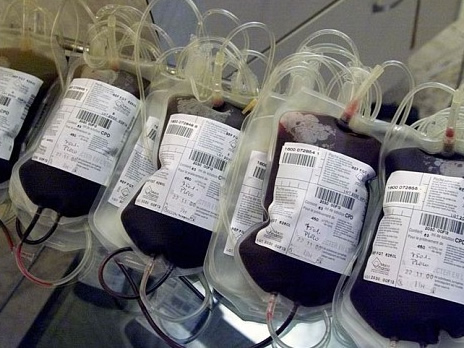 Dr Justina Kordai Ansah, the Chief Executive Officer of the National Blood Service, Ghana, has said in 2016, a total of 160, 624 units of blood was collected nationwide.

However, out of the number, only 36.2 per cent (3.6 out of 10) of the donations were from Voluntary Unpaid Blood Donor source (VUBDs).

“Of these, VUBDs only a third were regular donors, whereas regular voluntary blood donation is the only foundation for a sustainable supply of adequate and safe blood and blood products.

“The rest of the 63.8 per cent (6.4 out of 10) was from family replacement donors which is well known to be often a hidden-paid system that compromises the adequacy and safety of the national blood supplies of any country that depends mainly on the system,” Mrs Ansah said on Wednesday when Ghana joined the rest of the World to mark this year’s World Blood Donor Day in Accra.

Bemoaning the only six per cent out of the 1,000 population in any community that donated blood in 2016, Mrs Ansah said it was woefully inadequate for a middle income country like Ghana.

“This situation severely compromises safety and adequacy of blood and blood components for both medical and surgical care in our health facilities which will definitely be worsened during disasters requiring transfusions,” she said

She noted that, for adequate supply of blood during emergencies to be effective in the country, there was the need for a well-organised blood service, and a blood donor population, committed to voluntary unpaid blood donation in the country.

“We can move away from this rather worrying situation, if one per cent of Ghana’s population commits to donating blood regularly,” Mrs Ansah said.

Speaking on the theme “Blood Donation in Emergencies”, Madam Tina Mensah, the Deputy Minister of Health pledged the ministry’s commitment to support the National Blood Service Ghana (NBSG) by passing necessary legislation to back the agency’s status.

This she said would enable the institution to perform its mandate efficiently and effectively.

“We are aware of the fact that the legislation gives hands on feet to policy for full implementation” she said.

The Deputy Minister said her outfit would support the NBSG with the needed technical assistance required for the development of a comprehensive disaster management plan that would enable it prepare adequately for all emergencies.

She called on the media, Civil service groups, Non-Governmental Organizations and other partners to be actively involved in the campaign for the voluntary blood donation exercises.

She urged all persons to donate a unit of blood at least twice in a year in order to save many lives.

Dr Owen Kaluwa, WHO Country representative said the objective of this year’s World Donor Day was to encourage people to strengthen the emergency preparedness of health services by donating blood.

He said this year’s programme also aimed at promoting the inclusion of blood transfusion services in national emergency preparedness and response activeness.

He noted that this year’s programme was to build public awareness of the need for committed, year-round blood donation in order to maintain adequate supplies.

Dr Owen Kaluwa said the theme for this year’s World Donor Day was very significant to Africa as the region is most affected by crises and outbreaks.

He said emergencies such as the Ebola virus outbreak and other disasters increase the demand for blood transfusion and make its delivery challenging.

“The serious humanitarian crises facing Africa in recent decades have revealed inadequacies of national health systems in most countries to manage health emergencies, including the timely availability, security and the accessibility of blood” he said.

However, he said significant progress has been choked in improving the availability and safety of blood in Africa according to last year’s status report.

Dr Owen Kaluwa said last year’s status report showed an increase in blood donations in Africa from 3.9 million units in 2013 to 4.5 units in 2016.

Despite this progress, Dr Owen noted that there were still major gaps in some sub-regions that included policy implementation rate, coordination of blood services and legislation.

He said the region was falling short of meeting its blood needs and advised that there were a lot to be done to meet these demands.

He expressed his support to blood donor associations and other non-governmental organisations who were working to make safe blood available in healthcare facilities.

As part of activities marking this year’s World Blood Donor Day, two new voluntary blood donation ambassadors were unveiled with citations given to schools, churches and other institutions for their immense contributions in the sector over the years.

There was a blood donation exercise to mark the day.

World Blood Donor Day is held every June 14 to acknowledge and thank anonymous voluntary unpaid heroes who donate their blood so that people who are in danger can survive.

This year’s celebration ha the theme: “What can you Do? Give Blood Now. Give Often.”