May 30, 2017 General News Comments Off on President Akufo-Addo visits Niger 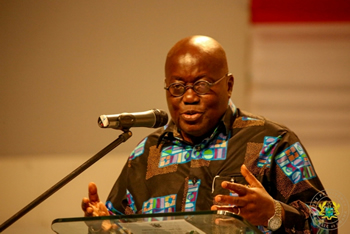 The President is on the last leg of his tour of ECOWAS countries.

The endeavour is to enable President Akufo-Addo to introduce himself and deepen relations with countries in the ECOWAS region.

It also fits into the President’s quest to strengthen bilateral ties with countries in the ECOWAS region and to restate Ghana’s commitment to the ECOWAS project.

President Akufo-Addo during the tour rallied his counterparts to strengthen the regional bloc and give true meaning to the ECOWAS Protocols on Free Movement of Goods and Persons by promoting open borders in the Community.

He said such a move would promote regional cohesion and economic development, boost trade and tourism and ensure that the people of the ECOWAS reaped the economic benefits thereof.

“The opening of our borders will give true meaning to the ECOWAS Protocols on Free Movement of Goods and Persons, and will spur on progress and prosperity for our people,” he said.

The President also pledged to strengthen the ties of co-operation between Ghana and countries in the region.

He has also pushed for the ratification of certain bilateral agreements between Ghana and some of the countries visited.

The President was accompanied by officials of the Presidency and Ministry of Foreign Affairs.