It is dangerous to fill LPG to the brim – AOMC

May 29, 2017 General News Comments Off on It is dangerous to fill LPG to the brim – AOMC 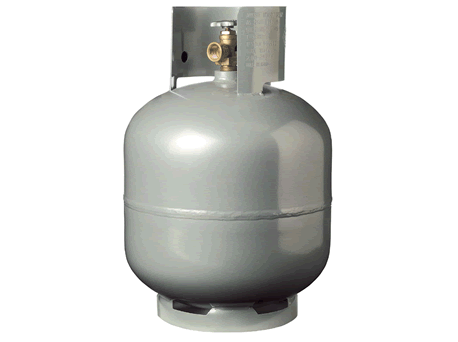 It is risky and unsafe to fill a Liquefied Petroleum Gas cylinder to the brim as it can easily explode at the slightest spark of fire or leakage in the cylinder, Mr Tizard Ansah, Risk Management Officer of the Association of Oil Marketing Companies has said.

He said ideally, and by international standards, Liquefied Petroleum Gas cylinders are not allowed to be filled beyond 80 per cent and customers who call for top-ups at the pumps were endangering their lives and property.

Mr Ansah said this when he conducted Journalists round some selected filling stations at Accra as part of the week-long celebrations of the AOMC safety week on the theme: “Petroleum Safety, It’s your right.’

As part of their week’s celebrations, the AOMC launched a number of activities; including a comprehensive media interaction, video shows on safety measures and a tour to climax their activities in the capital.

Mr Ansah therefore cautioned the Gas station Attendants against filling the cylinders of their customers to the brim as that could also be detrimental to their stations during the filling.

“Although you may be making money, it is wrong to allow customers to dictate to you. You are supposed to educate them against the practice and not to allow them to engage in activities that could be disastrous them and your stations.”

On the recent gas explosions in various parts of the country, Mr Ansah said none of them was caused by the workers of the stations, saying ‘most of the explosions were caused by drivers discharging the commodity.’

He said apart from safety measures such as; construction of water hydrants, procurement of effective fire extinguishers, technological alarm systems among others, the AOMCs had also trained their workers on safety measures and called on the public to feel comfortable to transact business with their outlets.

He appealed to stakeholders such as Tanker Drivers Association among others to educate their members on loading and discharging of the commodity.

The AOMC is the umbrella body for various Oli Marketing Companies in the country, speak for and on behalf of their members among others.