Public Interest and Accountability Committee unsatisfied with projects in Ho

May 28, 2017 Oil & Gas Comments Off on Public Interest and Accountability Committee unsatisfied with projects in Ho 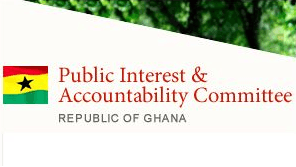 The Public Interest and Accountability Committee (PIAC) has expressed dissatisfaction with selected projects funded under the Annual Budget Funding Amount (ABFA) in Ho.

Mrs Marilyn Aniwa, PIAC Project Coordinator, at a public forum after an inspection tour of projects under the Fund, said the Committee was disappointed at the slow pace of work on the University of Health and Allied Sciences (UHAS) campus roads despite the release of funds.

She said it was unfortunate that the road leading to the University was still rugged and largely unmotorable-a blot on the good work done on the Faculty of Basic and Biomedical Sciences Building, students’ hostel and staff accommodation at the University.

At Mawuli School, the Committee chastised the School authorities for diverting funds released for two-storey dormitories for a 12-unit classroom block.

Mrs Aniwa said though the School used the money for an “immediate need” the Committee found out that the classrooms were less spacious and lacked washrooms.

The Committee expressed concern on how petroleum revenue was being used to tackle too many national problems at the same time, and “weakening the potential impacts of oil revenue on the social economic development of Ghana”.

It suggested that government tackled only four developmental projects at a time, with support from the ABFA.

The PIAC is mandated to monitor and evaluate the management of Ghana’s petroleum resources by the Government and relevant stakeholder institutions among others.