Why my first trip to Asia wasn’t Hong Kong, but India

May 24, 2017 Feature Articles, Tourism Comments Off on Why my first trip to Asia wasn’t Hong Kong, but India 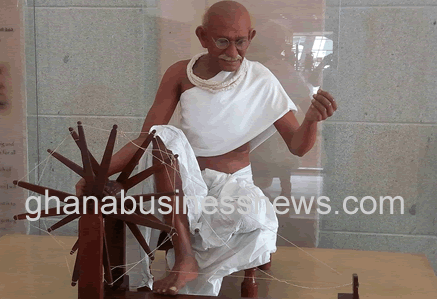 Sometime in 2009, I was attending a symposium on the impact of new media in development in Africa at the African University College of Communication and one of the resource persons said something that has stuck with me. He said the world is like a book and you would only have read it if you travel around the world. Unfortunately, hard as I try, I can’t remember the name of the academic who said it.

At that time, the furthest I had travelled outside Ghana was to Togo, Benin and Nigeria. But I have held the hope quietly, to one day travel the world, barring all challenges. And indeed, there are many challenges with travelling in or out of Africa. The challenges include the high cost of air tickets and more importantly visa acquisition.

Most of the consular sections of foreign missions in Ghana refuse to give visas for all kinds of reasons, including, no reason at all. And that is even after the very difficult process of filing the applications with all the requirements – which include that an applicant must present a return air ticket, hotel reservation, proof that one has both social and economic ties to Ghana. To prove these, one must submit a bank statement covering the last three months, in some instances six months. One has also to include the birth certificate and if married a marriage certificate.

Some Embassies would ask for invitation letters from a citizen of the country one is visiting, and in some cases an additional copy of the particulars page of the individual’s passport. While these are not hard to get, getting them are not a guarantee that a visa would be given.

Some visa application forms are as many as 15 pages, and on these forms one has to answer all kinds of questions including whether one belongs to a terrorist organization.

After submitting all the required documents and paying the required fees, and most are expensive and non-refundable, one is required to go for a face-to-face interview after which a decision would be made to determine if you qualify for a visa to travel. As a matter of fact, these countries include many African countries, even though in the pursuant of African integration, things are changing slowly.

And despite fulfilling all the requirements after submitting the application, paying a fee and attending the interview, most Embassies would refuse to grant visas to prospective travellers.

I remember an incident at the Embassy of one African country. A man had come to apply for visas for himself and wife. The Embassy staff insisted that they provide a round trip air ticket before their applications would be considered. They went back and got the tickets and were still refused! The man argued that it was unfair to deny them visas after the Embassy had asked them to purchase tickets. He pressed his case and was eventually given the visa. He was lucky he had the opportunity to see and speak to Embassy staff, and they listened to him. At some Embassies, an applicant never comes into contact with officials. You get to the gate and submit. You return to the gate to collect. You don’t see consular officers.

Some Embassies though, only ask for a booking and not the actual ticket.

Taking into account all these challenges and the fact that I wasn’t sure I could afford the plane tickets, which are only a part of the cost, I didn’t know if I could read this book – the world, by travelling.

But I had my first break to travel outside Africa in October 2011. The US Embassy in Ghana submitted my name and I was selected by the US Department of State to go for what was the ‘Food Security Reporting Tour’ that took me to Iowa, and Washington DC. I have since had the opportunity to travel to a good number of African countries – north, south, east and west. I have travelled to Europe and the Arab World. All my travels are work and studies related.

Seeing the world and meeting the peoples of other countries can be eye-opening, insightful, and humbling. It leads also to a deeper understanding of our common humanity.

Then I started hoping to travel to Asia – any country in Asia. And the opportunity came in 2016. I was to travel to Hong Kong and then travel by bus across the border into China.

I was excited. My dream was coming true. I first applied for a China visa and was approved. I was to go back in two days to collect my passport. But I also needed to apply for a visa to Hong Kong. Hong Kong has no mission post in Ghana, and Ghanaians are required to acquire visas before travelling to the country. The only way to apply for a visa to Hong Kong is to mail your application forms with your passport by courier to Hong Kong to be processed and mailed back to you.

From the day I was to collect my passport from the Chinese Embassy to the day of the trip was exactly one week, but after much searching and enquiry, it became clear to me that it would require more than a week to go through the process of applying for a visa to Hong Kong. It became clear to me then, that I couldn’t make it.

I went to the Chinese Embassy and told the official I had come to collect my passport – I was withdrawing my visa application, I said. I could see disappointment on her face. My passport was retrieved and returned to me. With hotel reservation made, a return ticket bought, I wrote to tell my hosts, that I couldn’t make it. I was disappointed, and so were they. I didn’t go to Hong Kong.

The trip to Hong Kong was with journalists from some other African countries – they didn’t need visas to enter Hong Kong, but I do. All Ghanaians do. But citizens of countries like Kenya, Zimbabwe, Burundi, DR Congo, Benin, Cameroon and Zambia among others don’t need visas. All they need to do is get their passports, buy a ticket and fly!

Citizens of Ghana didn’t require visas to enter Hong Kong sometime ago, but that changed.

But thankfully, I got another opportunity. I made it to Incredible India! And I stayed in the birth place of Mahatma Gandhi! I stayed in Ahmedabad in Gujarat State for about a week. The current Prime Minister, Narendra Modi also comes from Gujarat State and was once its Governor.

I didn’t get to see much of the city reputed to have strong connections to Africa, but I met some of its people, ate its food, listened to its music, breathed its air and embraced its very hot afternoons.

“The world is like a book. You haven’t read its pages, if you haven’t travelled around,” he said.

Email: edogbevi@gmail.com
Copyright © 2017 by Creative Imaginations Publicity
All rights reserved. This article or any portion thereof may not be reproduced or used in any manner whatsoever without the express written permission of the publisher except for the use of brief quotations in reviews.

Ghana’s first President, Kwame Nkrumah had a vision to industrialise Ghana’s economy and identified the …