Ghana Export Promotion Authority targets $4b exports of NTEs in 2017

May 21, 2017 General News Comments Off on Ghana Export Promotion Authority targets $4b exports of NTEs in 2017 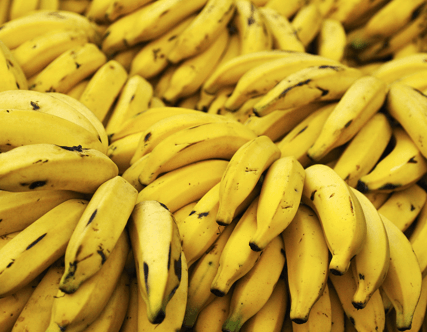 Speaking at the launch of the 2016 export performance report, Ms Gifty Klenan, the Chief Executive Officer GEPA, said the achievement of the target calls for an aggressive implementation of the various projects in the National Export Strategy.

There must also be an execution of activities and programmes lined up in collaboration with other key export stakeholders to ensure that the targets are met.

GEPA has set itself an ambitious target of $10 billion in NTEs by 2021.

She said with the provision of adequate funding and support, the GEPA would be able to drive the anticipated increases in NTE revenue in 2017 and beyond.

As a first step, she said, GEPA had started a restructuring of the internal operations to provide the necessary resources for staff to enhance their capability to facilitate the export trade.

The figure brings NTE contribution to 23 per cent of the country’s total exports in 2016.

The total earnings of the NTEs were achieved on the back of three main sub-sectors; agriculture, processed and semi-processed products and handicrafts.

Processed and semi processed products accounted for 84.72 per cent of NTEs and contributed $2.08 billion in export earnings compared to $2.12 billion earned in 2015. The fall was as a result of decline in the performance of cocoa products.

Cocoa paste, cocoa butter, canned tuna, plastic products, and lubricating oil are among the ten leading products in the processed and semi-processed products.

The Handicraft sub-sector, which stagnated around $4 million, however experienced an increase of 22 per cent to $5.22 million on account of higher earnings from hides and skins and jewellery exports.

ECOWAS was the top performer absorbing 37.25 per cent of the products, while the European Union had 32.33 per cent.

Other African countries absorbed 2.14 per cent, developed Countries 8.33 per cent and other countries 19.94 per cent.

In the ECOWAS region Burkina Faso, Togo, Nigeria, Mali, Senegal, and Cote d’Ivoire, are among the top ten NTE markets in the (ECOWAS).

The 10 leading EU destinations include; the United Kingdom, Netherlands, France, Spain and Belgium.

There are more than 400 non-traditional export products categorised into agricultural, processed/semi-processed and handicrafts.