May 19, 2017 General News Comments Off on Young boys in Tema chewing rabbit grass to enlarge penis 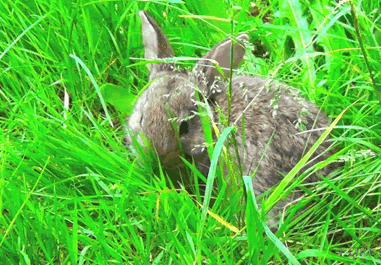 Some youth in Tema Manhean have resorted to the chewing of ‘rabbit grass’ to enlarge their manhood in a bid to engage in “satisfactory” pre-marital sex.

The Ghana News Agency gathered that the young boys wash and chew the root of the grass popular known as “juice” which is said to be given to rabbits to boost their sexuality and reproduction.

Those using it easily get access to the plant which can be found in any bush therefore no authority could restrict its usage among them.

Dr John Yabani, Tema Metropolitan Health Director, told the GNA that the usage of the grass among the youth has come to his knowledge and was working on educating them against the act.

Dr Yabani reminded the youth that the size of their manhood would increase as they grow therefore the need to desist from drinking and chewing unapproved items in a bid to enlarge them.

He added that depending on the intake of such items could also have serious health implications for them.

He revealed that some of the youth have also started smoking fruity scented cigarettes to outwit their parents and teachers.

The said cigarette which comes in different flavours including strawberries, cherry, apple and mint is thinner and longer than the ordinary ones.

Dr Yabani explained that the flavours were at the filter end of the cigarette so by the time they finished smoking the piece, the fruity scent overshadows the tobacco making it difficult for people to associate them to cigarette smoking.

He cautioned the youth against smoking of cigarette irrespective of its flavour as they stood the risk of contracting respiratory and other health problems.

The Metropolitan Health Director also urged parents and teachers to be vigilant in monitoring their children as they guide them into responsible adulthood.