Ghana will take advantage of arbitrage to sell excess power

May 17, 2017 General News Comments Off on Ghana will take advantage of arbitrage to sell excess power 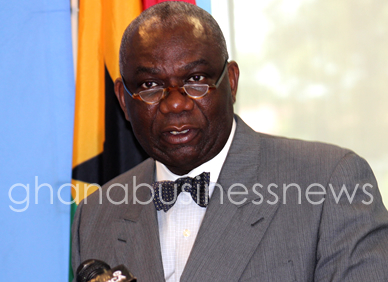 Ghana would  take advantage of the arbitrage in the West African electricity market to sell the excess power that would be generated from the Power Purchase Agreements (PPAs) signed under the emergency power programmme.

Mr Boakye Agyarko, the Minister of Energy, who was addressing the National Policy Summit on Tuesday, said Ghana would have an excess of more than 5,800 Megawatts of power accruing from the 43 PPAs signed.

The PPAs technically commit Ghana to more than 10,800 megawatts of power when the actual need is less than 5000 MW.

“If we allow this situation to proceed, it means that the capacity charges that this country will have to pay will amount to some 680 million dollars annually by 2020,” he stated.

Mr Agyarko said his goal as the Minister was to change the potential ‘excess capacity’ in an ‘export capacity’ by exporting it to Ghana’s neighbours, including Burkina Faso, Niger and Mali, at a lower price than what some these countries paid for.

He said he had started discussions with these potential export destinations about Ghana producing power for their market at a lower cost than they currently bought theirs, adding,’ They seem very happy with it’.

Ghana, he said, generated power at 13-15 cents per Kilowatt hour, while Ivory Coast generated at nine cents per kilowatt hour and sold to Ghana at 11 cents.

“As soon as the 330 km line from Abode is completed into Burkina Faso; that is the direction we want to go”, he said.

Additionally, he stated that the operation of the West Africa Power Pool, when effective would harmonise power tariffs in the Sub-region and make it much cheaper.

The World Bank during a briefing with media on the discussions at the World/IMF Bank Spring Meetings, in Accra, some weeks ago raised the issue of the potential excess capacity   and recommended exporting to countries in the sub-region.

However, it identified the challenge to achieving this as Ghana’s high tariffs resulting from the PPAs, compared to others in the Sub-region.

In an interview with Dr Mohammed Amin Adam Anta, a Deputy Minister of Energy (Petroleum) on how Ghana would export her excess power considering the relatively high tariffs, he conceded that the tariff rates of the PPAs signed were expensively, averaging about 15-17 cents per kilowatt hour compared to 11 cents in Cote d’Ivoire.

“Between now and the next five years, what we want to do is segregate the export market to our advantage,” he said.

Dr Anta said the Ministry had done the analysis and found that some countries like Burkina Faso and Mali had more expensive rates; with rates at 25 Cents per KW/h, making Ghana’s cheaper.

“We want to take advantage of this second market where power is expensive… while we wait for the West Africa Power Pool to come into proper effect and power and pricing regulated,” he said.

He explained, however, that power consumption in the target countries were not as high as it  was  in Ghana, thus there was the need to find other ways of using the excess that will remain after the export.

He said the Ministry would rationalise the deployment of power using the competitive bidding processes to get the cheapest price and also introduce a wholesale electricity market where the cheapest power would be first to be deployed.