May 11, 2017 Africa/International, ICT Comments Off on Africa left out as Western Union digital service goes live in 40 countries 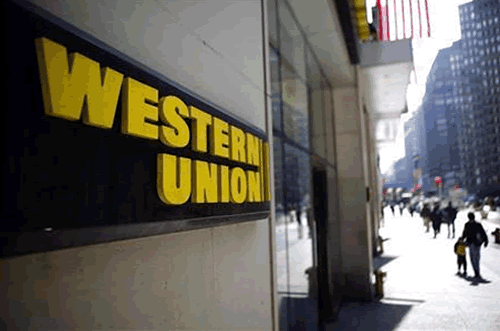 As Western Union’s digital service goes live in 40 countries, developing countries, including those in Africa where 75 per cent of cross-border person-to-person (P2P) transfers are made are not included yet. Not a single African country is included at the moment.

Western Union, the global payments company announced Wednesday May 10, 2017 that it has further strengthened its global digital money transfer footprint, with the activation of its 40th transactional website, now providing full digital access for cross-border P2P money transfer services across major developed nations including the US, Canada and major parts of Europe.

Other countries include Australia, New Zealand, Hong Kong and the United Arab Emirates.

It also indicated plans to continue to expand its digital presence across Asia Pacific, the Middle East and Latin America and the Caribbean in the next phase of its online expansion, augmenting the company’s retail Agent footprint in more than 200 countries and territories, the company said in a press release copied to ghanabusinessnews.com.

According to the release, digital-initiated money transfer remains a high growth area and is expected to be the major driver of overall market growth in the coming years.

“In the first quarter of 2017, more than 60 per cent of Western Union transactions were initiated on a mobile device. This digital ramp-up follows the recent launches of Apple Pay as a funding method for digital users in the US and Western Union’s money transfer bot for Messenger, which enables users in the US to make international money transfers without leaving the Messenger app,” it said.

It also noted that in 2016, the company generated over $340 million in money transfer revenue.

The President of Western Union Global Money Transfer, Odilon Almeida was quoted as saying, “The continuous advancement of our digital innovation over the past several years allows us to stay ahead of the needs of the modern money mover, and we are serving them across a multitude of currencies, languages and borders.”

According to the World Bank, while more than 75 per cent of cross-border P2P transfers are sent into developing countries, people send money from nearly every country in the world.