Ghana inflation rate for April inches up to 13%

May 10, 2017 General News, Lead Comments Off on Ghana inflation rate for April inches up to 13% 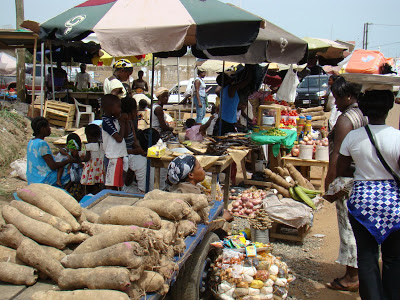 The year-on-year inflation rate went up slightly in April to 13.0 per cent, up by 0.2 percentage points, compared with the 12.8 per cent recorded in March.

The Acting Government Statistician, Mr Baah Wadieh told a press conference on Wednesday that the monthly change rate in April 2017 was 1.6 per cent, while that for March 2017 stood at 1.3 per cent.

The year-on-year non-food inflation rate recorded for April was 16.3 per cent compared with the 15.6 per cent recorded in March 2017.

The main “price drivers” for the non-food inflation rate were transport 24.9 per cent, recreation and culture 22.3 per cent, furnishings, household equipment and routine maintenance 21.9 per cent, miscellaneous goods and services 16.8 per cent and clothing and footwear 16.7 per cent.

The “price drivers” for the food inflation rate were fish and sea food 13.6 per cent, meat and products 10.9 per cent and coffee, tea and cocoa 7.2 per cent.

In April 2017, the year-on-year inflation rate for imported items which stood at 15.0 per cent was 2.8 percentage points higher than the locally produced items of 12.2 per cent.