May 8, 2017 General News Comments Off on More than 100 fishermen arrested over illegal fishing practices 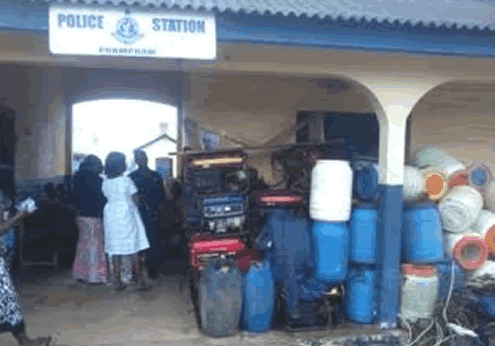 More than hundred fishermen have been arrested at Prampram for allegedly using fishing light attractors for fishing.

The suspects, who include many minors, were arrested in two separate exercises by other fishermen along the coast, who acted on the directives from the Minister of Fisheries and Aquaculture Development, Mrs Elizabeth Afoley Quaye.

They were, subsequently, handed over to the Prampram Police.

He said they would be prosecuted in court to “serve as a deterrent to all fishermen across the country to desist from engaging in illegal fishing activities”.

Some fishing gear and implements, including a number of generators and light attractors, with the canoes of the suspects, had been impounded, he said.

The arrests were in line with the Ministry’s efforts to clamp down on illegal fishing practices, which are adversely affecting the fishing industry.

Light attractors, when used for fishing; attract all kinds of fishes irrespective of their sizes.

The practice, however, threatens the sustainability of the fish stock and the fishing occupation.

Such illegal fishing methods, in 2012, cost the country in excess of €100 million.

Though many fishermen over the years have complained about the practice by some of their unscrupulous colleagues, the practice has persisted.