May 5, 2017 General News Comments Off on Make groundnut farming part of Planting for food and jobs – SADA-CSOs

he Coalition of the Savannah Accelerated Development Authority Civil Society Organisations (SADA-CSOs), have appealed to President Nana Addo Dankwa Akufo-Addo, to make groundnut farming part of his ‘Planting for Food and Jobs’ Initiatives.

According to SADA-CSOs, groundnuts had been identified as one of the major cash crops with huge export potentials for the country as the Northern Savannah Ecological Zones (NSEZ), had the greatest comparative advantage.

Speaking in an interview with the Ghana News Agency in Bolgatanga on Monday, the Executive Director of the SADA-CSOs, Mr Bismark Adongo, explained that unlike other crops, the growth of groundnuts required less capital injection into its farming since the crop relied on the fixation of nitrogen for its growth and could also be cropped four times in a year.

“Ghana, with its favourable climatic conditions and abundant rich soil, has a comparative and competitive advantage in groundnuts and hence is well-positioned to take advantage of international market opportunities to develop the sector,” he said.

He stressed that viewing the huge export potentials of groundnuts, there was the need for government, the private sector and NGOs to invest the needed resources in the sector to help reduce poverty in Northern Ghana.

He stated that apart from groundnut farming having the greatest potentials of contributing to poverty reduction, it is one of the areas where many women farmers engaged in each season.

The SADA-CSOs noted that the groundnut production fit into government’s policy of one District One factory and Village One Dam policy and stated that the implementation of the groundnut farming initiative could be improved and expanded for export. 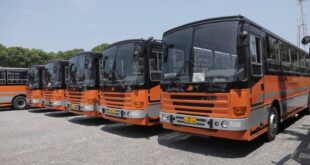