AfDB Board approves coal plant project for electricity in Senegal

April 21, 2017 Africa/International Comments Off on AfDB Board approves coal plant project for electricity in Senegal

The Board of Directors of the African Development Bank (AfDB) has approved the the eligibility assessment for compliance review for the construction of a 125MW Coal Sendou Power Plant Project in the village of Bargny Minam in Senegal, which the Bank is financing.

Coal for the palnt will be imported via sea and unloaded at Dakar harbour from where it will be transported by trucks to the coal storage site on the plant. The project aims at producing at least 925 GWh of electricity a year, the AfDB said.

According to the AfDB, its Board by approving the project, has also authorized that Independent Review Mechanism experts carry out further investigations to clarify issues raised in the complaints by two groups on behalf of adversely affected members of the communities in Bargny, Senegal.

The groups, the Bank indicates raised eight similar issues including, unviable government policy option to use coal-fired power plant for Senegal; the selection of the project site in violation of the National Code of the Environment; increased vulnerability of communities to air pollution and potential disruption of livelihoods because of the proximity of the coal power plant to the town and adverse impact of the coal power plant on an historic heritage site.

“The groups also highlighted imminent health risks from air pollution due to emissions from the plant; increased vulnerability of the community due to coastal erosion; inadequate public consultations with people affected by the project (PAPs) and breach of the AfDB’s environmental, social and human rights standards. In particular, no Resettlement Action Plan was prepared to mitigate the project’s negative social impacts,” the Bank said.

The Bank notes that following the complaints, it has realized that there is the need to put in place adequate mitigating measures before the plant becomes operational by the end of 2017.

The €206 million project was approved in 2009. The AfDB says it is co-financing it with the Banque Ouest Africaine de Développement (BOAD) and the Nederlandse Financierings-Maatschappij voor Ontwikkelingslanden N.V. (FMO). 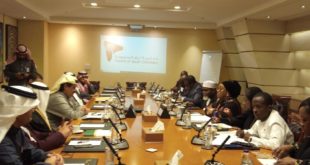