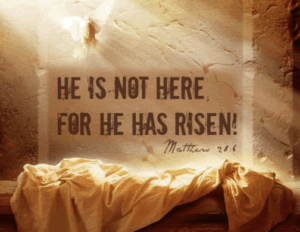 Easter Sunday is a festival and holiday celebrated by millions of Christians and people around the world who honour the resurrection of Jesus Christ from the dead.

It is described in the New Testament as having occurred three days after his crucifixion at Calvary. Easter is Christianity’s most important holiday and has been called a moveable feast because it does not fall on a set date every year, as most holidays do.

Christian churches in the West celebrate Easter on the first Sunday following the full moon after the vernal equinox on March 21.

Therefore, Easter is observed anywhere from March 22 to April 25 every year.

Orthodox Christians use the Julian calendar to calculate when Easter will occur and typically celebrate the holiday a week or two after the Western churches, which follow the Gregorian calendar.

The Palm Sunday is designated as Jesus’ triumphal entry into Jerusalem, The Holy Monday is used to signify Mary anointing Jesus with perfume, while Judas Iscariot being scandalised and thrown out.

The Holy Week of Easter commemorates God’s immense love for mankind through His passion, death and resurrection.

The Holy Thursday gives the new commandments of love, and institutes the Sacraments of the Holy Eucharist and of Orders during the Last Supper.

The passion and death of Christ is celebrated on Good Friday while the Black Saturday is used to signify the contemplation of Christ in the tomb in silence and adoration.

Christians all over the world commemorate the Easter Sunday with Christ’s triumphs over death, sin and evil with His resurrection, proving that He is indeed, God.

Easter is also the day that children excitedly wait for the Easter bunny to arrive and deliver their treats of chocolate eggs.

Easter is really an entire season of the Christian Church each year, as opposed to a single-day observance.

Lent, the 40-day period leading up to Easter Sunday, is a time of reflection and penance and represents the 40 days that Jesus spent alone in the wilderness before starting his ministry, a time in which Christians believe he survived various temptations by the devil.

The day before Lent, known as Mardi Gras or Fat Tuesday, is a last hurrah of food and fun before the fasting begins.

In Ghana, the celebration is marked with church conventions, picnics, beach parties, jamborees, among others. One cannot talk about Easter celebration in Ghana without including Kwahu Easter which had gained international recognition with paragliding which attract both domestic and foreign tourists.

Though most Christian believe that the occasion supposed to be a sober moment to reflect on the death of Jesus Christ who sacrificed His life to cleanse mankind from sins.

However, what had been witnessed over the years in the country was the contrary to the essence of Christ’s death as people involved themselves in lots of ungodly activities such as prostitution, excessive drinking, among others.

Kwame Atieku, a Presbyterian, believed that the essence of Christ’s death had lost its meaning in contemporary times because the lifestyles of most people did not portray Christ-like.

Most historians, including Biblical scholars, agree that Easter was originally a pagan festival. According to the New Unger’s Bible Dictionary, the word Easter is of Saxon origin, Eastra, the goddess of spring, in whose honour sacrifices were offered about Passover time each year.

However, the eighth century Anglo–Saxons adopted the name to signify the celebration of Christ’s resurrection. Even among those who maintain that Easter has pagan roots, there is some disagreement over which pagan tradition the festival emerged from.

One school of thought argued that the Easter story of crucifixion and resurrection is symbolic of rebirth and renewal and retells the cycle of the seasons, the death and return of the sun.

According to some scholars such as Dr Tony Nugent, teacher of Theology and Religious Studies at Seattle University, and Presbyterian minister, the Easter story comes from the Sumerian legend of Damuzi (Tammuz) and his wife Inanna (Ishtar), an epic myth called “The Descent of Inanna” found inscribed on cuneiform clay tablets dating back to 2100 BC. When Tammuz dies, Ishtar was grief–stricken and followed him to the underworld.

In the underworld, she was said to have entered through seven gates, and her worldly attire was removed. “Naked and bowed low” she was judged, killed, and then hung on display. In her absence, the earth lost its fertility, crops ceased to grow and animals stopped reproducing.

According to him, after Inanna went missing for three days her assistant went to other gods for help. Finally one of them Enki, created two creatures who carried the plant of life and water of life down to the underworld, it sprinkled them on Inanna and Damuzi, thus, resurrecting them, and gave them the power to return to the earth as the light of the sun for six months. After the six months were up, Tammuz returned to the underworld of the dead, and remained there for another six months, and Ishtar pursued him, prompting the water god to rescue them both. Thus were the cycles of winter death and spring life.

The descent of Inanna, Dr Nugent pointed out that it drew parallels between the story of Jesus and the epic of Inanna.

He explained that it does not necessarily mean that there was not a real person, Jesus, who was crucified, but rather that, if there was, the story about it was structured and embellished in accordance with a pattern that was very ancient and widespread.

The Sumerian goddess Inanna is known outside of Mesopotamia by her Babylonian name, “Ishtar”.

In ancient Canaan, Ishtar was known as Astarte, and her counterparts in the Greek and Roman pantheons were known as Aphrodite and Venus.

In the fourth Century, when Christians identified the exact site in Jerusalem where the empty tomb of Jesus had been located, they selected the spot where a temple of Aphrodite (Astarte/Ishtar/Inanna) stood. The temple was torn down and the so the Church of the Holy Sepulchre was built, the holiest church in the Christian world.

Dr Nugent pointed out that the story of Inanna and Damuzi was just one of many accounts of dying and rising gods that represented the cycle of the seasons and the stars.

For example, the resurrection of Egyptian Horus; the story of Mithras, who was worshipped at springtime; and the tale of Dionysus, resurrected by his grandmother.

Among these stories are prevailing themes of fertility, conception, renewal, descent into darkness, and the triumph of light over darkness or good over evil.

Please note: Some of the information were gathered from: http//:www.ancient-origins-net

Ghana is second, only to Côte d’Ivoire, in global production of cocoa – a major …