A story of the World Bank bringing hope; reducing poverty in Ghana

April 10, 2017 General News Comments Off on A story of the World Bank bringing hope; reducing poverty in Ghana 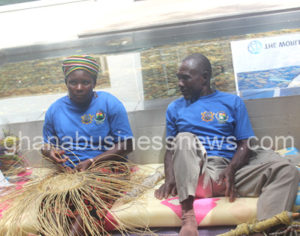 “It was very sad and heartbreaking that I was living with a woman I called my wife for years but could not perform the customary marriage rites,” James Nsobila told ghanabusinessnews.com, in an interview.

He didn’t have the money for the required bride price.

Nsobila, 46, hails from Zokor Gwo in the Upper West region.  He is one of the beneficiaries of the Ghana Social Opportunities Project (GSOP), funded by the World Bank.

“With the help from this project, I have been able to buy cattle as custom demanded to perform the marriage rites,” he said beaming with a wide smile.

Nsobila is not the only person a project of this nature has uplifted from abject poverty. There are many others who would have continued to wallow in poverty without assistance from some of these donor partners.

Nsobila had his life-changing moment, when in 2015, a team from GSOP visited his village and announced that they needed more hands in constructing roads for the village. The workers will be paid wages for helping to build the roads for their own village, the project officials told him.

“Around that time, I was very poor and had nothing to do so I seized the opportunity and helped in the road construction and got paid,” he said.

After the project ended, officials from GSOP decided to provide them with skills and capital for a sustainable job to enable take care of themselves.

He was good at weaving ropes, used to tie cattle but lacked capital to make it a money-making venture so GSOP trained him together with other neighbours for five days and gave them capital to start their own businesses.

He is now able to garner huge profits from weaving and is able take care of his wife and five children.

“My eldest child who I couldn’t enroll in Senior High School is currently writing his final WASSCE exams and I’m able to cater for everybody’s needs,” he said.

Nsobila shared this with ghanabusinessnews.com, when the World Bank, recently organised the Country Portfolio Performance Review (CPPR), to assess the status of implementation of all its funded projects and also to develop strategies to enhance performance of its portfolio.

The Senior Operations Officer at the Bank, Dr Beatrix Allah- Mensah delivering the overview and  results of the various projects, observed that the project performance has improved over the last three to four years.

As part of the CPPR, an exhibition was organized on the sidelines to showcase results of the Bank’s funded project for the general public.

Vida Asosowene, 40, from Ganborngo in the Bongo district had a similar story to share.

“I knew how to weave but lacked capital to start, so the GSOP people came to our village and trained us for five days and provided us with a startup capital,” she said.

The project, she pointed out has provided her with a regular source of income to take care of her children, while saving some for the future.

Robert Austin, the National Coordinator of the Ghana Social Opportunities Project (GSOP), told ghanabusinessnews.com, that even where a country’s economy is growing rigorously, a number of people will miss out in the prosperity and through this World Bank support such people have been provided the necessary skills to enable them work independently to be able to live decent lives.

“A World Bank loan of $138 million was secured for the project, he noted, adding that, the project has lifted poor people out of poverty in rural areas.”

Currently the Bank is supporting about 24 projects in Ghana at a total of $1.73 billion and has disbursed a total of $1.12 billion.

The Bank has offered various forms of support either in loans or grants for sectors like education, agriculture, infrastructure and health among others, all geared towards improving the lives of the populace, and more importantly, towards poverty reduction.