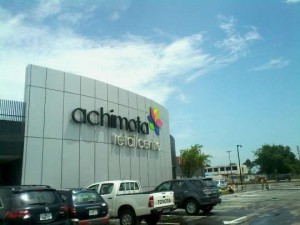 The $95 million Kumasi City Mall project designed to give a boost to the economy is ready – set to begin operating in the next two weeks.

Sited on a 15-4 acre stretch of land, it is the most modern shopping facility outside Accra, and would give employment to hundreds of people.

The property is owned by Delico Property Investment Ghana Limited, the very same group, which owns the Achimota Retail Center.

Mr. Roux Gerber, the Project Development Manager, told journalists it would have 74 different shops, offering goods and services in all retail categories.

He indicated that it was going to be a Mall for everybody in the metropolis.

The tenant mix had been carefully selected to give every customer some choice and quality within a modern controlled shopping environment.

Mr. Gerber said the Mall would be managed by a four-member Board of Directors with the day-to-day operations, run by Broll Ghana Limited as the Property Managers and AttAfrica Asset Mangers as the Asset Managers.

He pointed out that the project had resulted in significant foreign direct investment into the country.

Apart from its contributions to the national treasury, it had generated employment for a large number of Ghanaians during its construction and completion, he added.

Mr. Gerber announced that about 1,000 local people were hired during the construction phase of the project.

Mr. Kofi Sekyere, Chairman of the Board, said it would offer a wonderful shopping experience to shoppers in the nation’s second largest city.

There could be no doubt that it would make tremendous contribution to business growth in Kumasi.