PSWU members to picket at TV3

April 4, 2017 General News Comments Off on PSWU members to picket at TV3 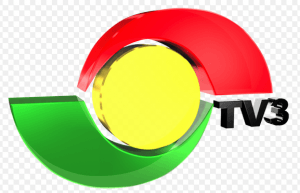 All members of the Public Services Workers Union (PSWU) are being called upon to participate effectively in all the Solidarity Actions in support of 32 dismissed staff of TV3 Network Company Limited.

“On Tuesday 4th April, workers of the Greater Accra Branch of the Public Services Workers Union (PSWU) of the TUC will picket around the precincts of TV3.

This is to protest the unfair summary dismissal of 32 workers of TV3”, a statement issued in Accra and copied to GNA said on Monday.

PSWU said the Management of TV3 took the action without due regard to the National Union or respect for the processes that established the Management-Union relationship, an action which was an affront to the social partnership.

“Since the dastardly incident, the approaches by the Union to resolve the matters amicably have not received the necessary good faith hearing from the Management of TV3, a pre-requisite for our Social Partnership and the Collective Bargaining Processes” the release said.

“Given the breakdown in our relationship and the lives at stake, we have no option and indeed under an obligation, to trigger our right to industrial action.”

We have served notice to the National Labour Commission, the Management of TV3, the Inspector General of Police and the Accra Regional Command of the Ghana Police to commence a series of industrial actions to demand the re-instatement of the 32 staff and to re-establish good faith social partnership with the Management of TV3”.

“We cannot allow the exercise of raw and oppressive power by the Management of TV3 to deny each of these 32 workers and their families their livelihood.

We stand in Solidarity forever” the release noted.