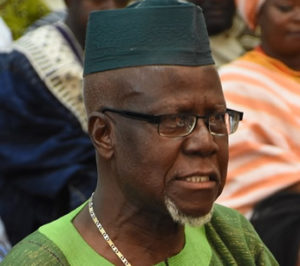 Negative cultural practices such as denying women farmers’ access to fertile land, widowhood rites, child marriage and female genital mutilation are among some of the inhumane practices that are affecting the growth of women and development, he said.

The Regional Minister, who made the pledge during this year’s International Women’s Day celebration, said Ghana as a signatory to international commitments such as the Beijing Platform for Action and the Sustainable Development Goals, could not continue to operate in the midst of obnoxious and inimical cultural practices that violate the rights of women.

“Whilst appreciating the fact that culture is a potent tool for development, we must do away with those that are very harmful. Society is dynamic and we need to change for the better.”

He said that Government was committed to the welfare of women and would ensure that it honoured its promise to engage 30 per cent of women in governance.

The Regional Minister stated that as part of government’s commitment to empowering women particularly the rural women, it would soon be rolling out a number of programmes aimed at addressing inequalities.

Some of the programmes include the Planting Food for Jobs, the establishment of a factory in each District, the construction of dams in each village, the establishment of the Zongo Development Fund, the reductions of taxes and levies on utilities and the re-introduction of allowances for teachers and nurses.

Mr James Kwene, the Acting Regional Director of Gender, Children and Social Protection, said Government over the years had initiated a number of programmes to empower women and mentioned gender mainstreaming into the Metropolitan, Municipal and District Assemblies and some institutional, administrative and legal reforms as some of the examples.

The Programme Manager of Action Aid Ghana, Mr Alhassan Sulemana, on his part called on government to formulate policies for rural women to reduce unpaid care work to enable them earn income.

He said as part of AAG contribution to the empowerment of rural women it had initiated an intervention known as promoting opportunities for Women Empowerment and Rights Project to link smallholder women producers and processors with various value chain actors.

“This is aimed at establishing networking relationship between smallholder women farmers, producers and processors, aggregators, input dealers and marketers in the value chain,” he said.

The event which was organised by AAG in partnership with the Orphans and Widows Ministry, Botataaba Nahira-Taaba Development Union, Bawku East Women Development Association and the Regional Directorate of the Ministry of Gender and Social Protection was also used to showcase agricultural products produced by the rural women.