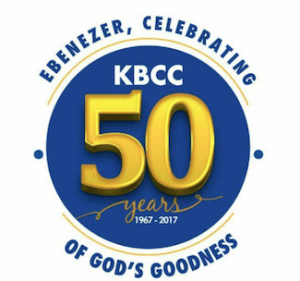 Korle-bu Community Chapel (KBCC), formerly known as Accra Chapel Trust, an evangelical church at Korle-bu in Accra under the Ghana Evangelical Convention, is set to mark its 50th anniversary on March 12, 2017, exactly 50 years since its first service on Sunday March 12, 1967.

The church began from humble beginnings at the Nursing Training College in Korle-bu which became its home for almost two and half decades, up to the mid-1990s.

Prof Felix Konotey Ahulu, a renowned physician and sickle cell researcher, founded Accra Chapel with his wife and some local evangelical Christians, after an incident at a Baptist church in Osu where the couple used to worship. While waiting in a queue to partake in the Holy Communion one day, the two were denied a place at the Lord’s table by their pastor who refused to recognize them as members.

This incident proved to be the catalyst for a group of evangelical Christians in and around Korle-bu who felt the need to fellowship in their small numbers and ensure teaching of the unadulterated word of God amongst themselves.

Unfortunately, for quite a lengthy period in its existence, Accra Chapel was without a full-time pastor. The church also lacked a place of its own while its membership kept growing beyond what the hall at the Nursing Training College could contain.

After much prayer and a request to the authorities of the Korle-bu Teaching Hospital somewhere in the late 1980s by the then minister, Rev Walter Pimpong and some leading members, the Korle-bu authorities gave the church some land for a building.

According to one of the oldest members of KBCC from the beginning, the church was partly prepared to build before ever finding a permanent site. With a foot in the door already, more resources were mobilized in the early 1990s from members present and in the diaspora. Generous contributions were also made by Deerfield Chapel of Illinois (by its affiliation with Rev Pimpong) to the tune of about $48,000.

Church members then put their hands to work at the construction site, carrying and wheeling sand, water, granite and cement while the building rose steadily from the ground. Before any overstay of its welcome at the Nursing Training College would become too pronounced, the church then moved into its new building in the mid-1990s before its completion, making use yet again of classrooms in an adjoining basic school.

On the verge of fifty years, Accra Chapel which did not crumble under the inconveniences associated with employing the premises of the Nursing Training College and the lengthy spells without a substantive pastor, now has a building of its own, a full-time pastor, an educational foundation, another building nearing completion for its youth and children’s ministries, and of course a young generation who have no idea that the church once upon a time stood in a place other than where it stands today – a place that was not its own.

On the verge of fifty, many evangelical and health missions over the years by KBCC – a church quite full of health professionals – have also birthed some semi-autonomous churches across the country under the Ghana Evangelical Convention. They including Ashiyie Community Chapel, Lakeside Community Chapel in Weija, and a few other churches at Ejura in the Ashanti Region.

After fifty years, the name Ebenezer features prominently in the celebration of the 50th anniversary. Very far has this church come.