Government urged to remove bottlenecks for local businesses to thrive 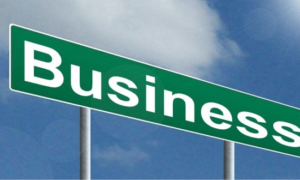 A business entrepreneur has appealed to the government to do something about the high interest rate and unstable power supply for local manufacturers to stay in business.

Mr Daniel Oppong, the Chief Executive Officer of the Chemipong Enterprise, producers of fresh yoghurt in the Sunyani Municipality told the Ghana News Agency (GNA) in an interview that local companies could not borrow from banks because of high interest rate.

He indicated that the business environment was not good and that many businesses were gradually collapsing and appealed to the government to create an enabling environment for the private sector to thrive.

Mr Oppong urged the youth to also lower and manage their expectations for jobs in the formal sector.

He told them to rather go into skill training so that they could create employment for themselves and become economically reliant.

He observed that successive governments had failed the youth as the economic environment in the country was bad, a situation which had discouraged many unemployed graduates to go into business and employable skills.

He emphasized the need for the government to control the importation of foreign beverages to preserve and enhance the growth of the local companies.

Mr Oppong who is a graduate of the Kwame Nkrumah University of Science and Technology mentioned instability in national power supply as another daunting challenge affecting the growth of local industries.