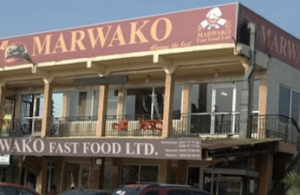 Jihad Chaaban, a Lebanese supervisor at Marwako Restaurant, who is accused of manhandling a female waitress of the restaurant, has been remanded into Police custody by a District Court at Abekah, Accra.

The court remanded Chaaban based on his personal security to reappear on March 16.

Chaaban aged 26, charged with offensive conduct by calling the victim a prostitute, intentionally and unlawfully causing harm and assault.

The supervisor has pleaded not guilty to the charges before the court presided over by Ms Victoria Ghansah.

Prosecuting Chief Inspector H.A. Hanson told the court that the Police was conducting investigations into the matter and that when accused was admitted to bail he may interfere with investigations.

According to Chief Inspector Hanson witnesses for example were still in the company where the accused person was a manager and they might be afraid to testify.

When the court asked the case investigator whether when the accused was granted bail he could interfere with investigations, he replied in the negative.

However, the Tesano Police Commander informed the court that if the accused was granted bail it would affect his own security based on the dimension of public interest and tension associated with the case.

Defence Counsel, Mr Augustines Asafo Adjei prayed the court to admit his client to bail saying Chaaban would not abscond because he has a fixed place of abode and he had been on Police enquiry bail.

According to Mr Adjei, the accused a Ghanaian was in Kumasi when the Police called him and he immediately attended court when he was asked to.

He maintained that there was no way Chaaban was going to interfere with Police investigations hence he should be admitted to bail.

On February 28, this year, Chaaban is alleged to have assaulted the victim Evelyn Boakye for fidgeting with a blender and working slowly.

Chaaban, a brother –in-law of the owner of Marwako Restaurant at Abelemkpe branch allegedly grabbed the neck of the victim angrily and dipped her face into a blundered pepper which poured on the table for some minutes.