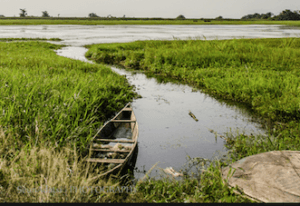 Mr Kobena Mensah Woyome, Member of Parliament (MP) for South Tongu, has called on the Ministry of Water Resources and the Volta River Authority (VRA) to take a critical look at the problem of aquatic weeds on the Lower Volta Basin.

He said there was the need for inter-ministerial and inter-agency collaboration with the VRA as well as other stakeholders to take a serious view of the aquatic weeds and find a sustainable solution to the difficulty.

Mr Woyome made the pronouncement on the floor of Parliament when he presented a statement on the challenges posed by aquatic weeds in the Lower Volta Basin, which is located in his Constituency.

The Volta Basin holds a man-made lake and also holds most of South-Central Ghana’s highest points including mount Afadjato which is 885m and the Akwapim-Togo range. Some of the communities along the Lower Volta Basin include Torgome, Klamadoboe, Wume-Tefle, Alabonu, Agave Afedume, Kponte etc.

The main land use in the area are cropping, grazing, forestry, recreation, mining, wildlife preservation and the livelihood of a greater number of the population is dependent on the Volta River.

Mr Woyome also stated that one of the major environmental costs, in the Lower Volta Basin communities after the construction of the Akosombo dam, was the invasion and spread of aquatic weeds in the area due to the significant slowing down of the flow of the river.

He said the sprawl of the aquatic weeds in the Lower Volta Basin has become a matter of concern to the communities along the basin whose livelihood depended heavily on the River.

He said a cursory look at the surface of the River revealed vegetative cover rather than water body.

“The Lower Volta Basin is gradually and increasingly being covered by aquatic weeds, and this is posing serious challenges to the livelihoods of the people along the River banks,” he added.

Mr Woyome further explained that aquatic weeds caused harm to aquatic lives, eco-environment, making the water unsafe for fishing, reduction of fish in the river, causing navigational problems along the lake as well as serving as habitats for mosquitoes in communities around the river.

He said despite the fact that compost prepared from aquatic weeds could be used to enhance soil fertility in agriculture, the danger they posed to both human and aquatic lives far outweighed their usefulness.

Mr Woyome said in spite of the various measures by the VRA and the Ministry of Water Resources, Works and Housing in the past to purchase dredgers and aquatic weeds harvesters as well as mapping out strategies to address its negative environmental impact, the spread of aquatic weeds along the Lower Volta Basin remained an annual nightmare for the people in the area.

He, therefore, stressed the need for sustainable solution to the problem adding that the livelihood of the people was in serious jeopardy.

Mr Frank Annor-Domprey, MP for Nsawam-Adoagyiri in his contribution, said though he identified with his colleague’s statement, the focus should not only be about the removal of aquatic weeds from the Volta River but also the tree stumps that have caused numerous accidents on the Volta Lake.

Mr Alexander Roosevelt Hottordze, MP for Central Tongu, in his contribution to the motion appealed to the VRA to collaborate with other state agencies to find sustainable solution to the aquatic weeds problem which also affected his constituents.