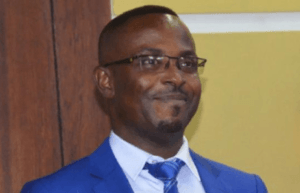 The Central Regional Minister, Mr Kwamena Duncan has proposed to Government to consider granting tax holidays to investors who operate in regions taunted as poor.

This, he said, would facilitate direct foreign investment and job creation to help drive the socio-economic development of such regions to take them out of poverty.

Tax holiday is a temporary reduction of tax and it is often employed by Governments as incentives for business investment.

Addressing the media in Cape Coast on Monday, Mr Duncan said it was not proper for some Regions to be taunted as poor while there were no major initiatives by the national leadership to address the underlying factors of the problem.

The Minister’s proposal comes at the backdrop of the Central Region being ranked the fourth poorest region after the three northern regions for decades despite its enormous potentials.

This, according to the new Regional Minister, was ‘unacceptable’ and has therefore called for support from all stakeholders to come on board to help reverse the situation.

The Region has immense investment opportunities but requires major capital injection from investors to explore and harness all its economic potentials to stem poverty and improve living standards.

Among its potentials are tourism prospects which include the development of unique eco-tourism sites, food processing like citrus fruits, cassava and cocoa as well as large arable lands for agriculture and setting up of industries.

However, Mr Duncan said that could only materialise when there existed tax holidays.

He has also challenged the Ghana Statistical Service (GSS) to make known the contributions of the respective Regions to the Gross Domestic Product (GDP) of the country.

He said given the indications, one would be able to know how the regions were performing with respect to good generation of economic activities and for those with little economic generation activities to be supported.

The Regional Minister has also promised to do anything within his power to revamp the Central Region Development Commission (CEDECOM), the implementing agency for the development of the Region.

“CEDECOM has the capacity to enable small and medium scale business to get along, we have to put it at a position where it would be able to perform its function properly as it should,” he added.

He was optimistic that with the proposed initiatives and the effective collaboration of all, the region could no longer be taunted as poor in the coming years.

On education, Mr Duncan bemoaned the falling standards of basic education in the Region as it continued to record poor results in the Basic Education Certificate Examination (BECE).

Giving statistics on the performance of the Region in the 2016 BECE, he said the Region registered 48,000 students for the examination but the figure reduced to 45,000 largely due to teenage pregnancies.

As a remedy, he said he would introduce District and Regional award schemes to motivate students to learn hard for good grades to enable them to enroll in the best Senior High Schools in the Region.

The scheme would also acknowledge performing schools and teachers in the Region and to motivate them to give out their best.