March 3, 2017 Politics Comments Off on State amends bill of indictment of suspects in MP killing case

The State has amended the bill of indictment on the two suspects involved in the murder of J. B. Danquah Adu, Member of Parliament for Abuakwa North.

Mrs Yvonne Attakora Obuobisa, the Director of State Prosecution told the court that the amendment was in accordance with section 182 (3) of Acts 30.

She said the State took further charge statements from the two accused persons, which would be added to lists of exhibits already gathered.

The Director made this known when Daniel Asiedu aka sexy dondon and Vincent Bosso aka junior Agogo appeared before an Accra District Court presided over by Mr Ebenezer Kweku Ansah.

Asiedu and Bosso are being held for the murder of the late MP in an incident which occurred on February 9, 2016, at the MP’s Shaishie residence.

At the last adjourned date Superintendent Francis Baah, the prosecutor, told the District Court that “the Bill of indictment has almost been concluded and what was left with is the process of service.”

Bosso has been charged with abetment of crime but pleas of the two have not been taken.

The Director said an investigation caution statement dated February 21, was taken from Daniel, while that of Vincent was taken on the same day.

The case has therefore been adjourned to March 15, for the committal process to commence.

According to Mr Francis Baah, the Prosecutor; on February 8 2016, at about 2340 hours the deceased came home in his private vehicle driven by his driver, Samuel Berko Sarkodie.

Prosecution said the driver after parking handed over the ignition keys to the deceased and left for his residence at Kasoa, while the deceased retired to his bedroom.

He said at about 0100 hrs, Asiedu and Bosso who were armed went to the house of the deceased where Asiedu entered the bedroom of the deceased through the window when he was asleep.

“Asiedu began to search the room but the noise woke up the deceased who held him. Asiedu resisted and stabbed the deceased on the right chest above the breast”.

Realizing that the deceased was almost dead, Asiedu left and took away three iPhones of the MP.

The Prosecutor said the security man who heard a strange sound in the house alerted other security men within the vicinity.
Mr. Baah said Bosso realising the danger took to his heels leaving Asiedu behind.

Asiedu, however, managed to descend from deceased room to the back house, climbed one of the poly tanks in the house and jumped over an electric fence into the adjoining house and escaped.

He said the security man then called the police emergency line and informed them of the situation.

When the Police arrived the victim was already dead and his body was conveyed to the Police Hospital mortuary.

On February 15, an autopsy report from the Korle-Bu Teaching Hospital gave the cause of death as “Exsanguination and multiple stab injuries on the anterior and chest.”

Prosecution said Police investigations led to the arrest of accused persons who stated that their aim of going to the house of the deceased was to steal.

The Prosecutor said Asiedu explained that the deceased struggled with him when he entered the room and this compelled him to use the knife on him. 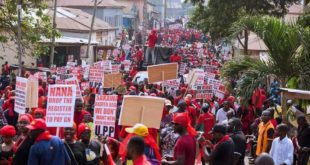 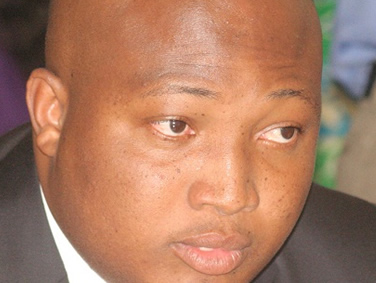