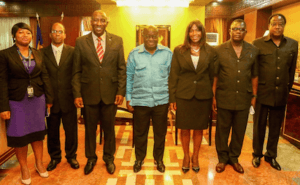 President Nana Addo Dankwa Akufo-Addo has requested the Cuban government to revive the construction of the biolarvicide factory that stalled in 2009 to help Ghana’s fight against malaria.

The project, abandoned after the exit of the New Patriotic Party government in 2009, was an initiative started by former President Kufuor, who sought the assistance of Cuba for the construction of the facility for the manufacture of a biolarvicide, an insecticide that kills the mosquito larvae – newly hatched mosquitoes.

The factory was also to produce bio-fertilizer to boost agricultural productivity and create jobs.

President Akufo-Addo made the request for the revival of the project in partnership with the Cuban government, when the Cuban Ambassador to Ghana, Pedro Luis González Despaign, called on him at the Flagstaff House to congratulate him, on behalf of Cuban President Raúl Castro, on his election to the high office of President of the Republic.

He pushed for the support and technical assistance of Cuba to revive for the construction of the biolarvicide factory in Ghana, to combat the disease which is responsible for the death of thousands of people every year, mainly children under five years of age and pregnant women.

In many parts of the world where malaria has been completely eradicated, even before the development of effective medication, one of the key strategies adopted was effective vector control.

Mr. Gonzalez Despaign  in his remarks to President Akufo-Addo, indicated the willingness of the Cuban government to assist Ghana in this endeavour, as well as co-operate further in the areas of biopharmaceuticals, education, culture and tourism, construction, and sports.

With Ghana being the first country in Africa to establish diplomatic relations with Cuba, Ambassador Despaign indicated that the two countries would continue to share a special relationship, stressing that a high level delegation from Cuba would be present at the 60th Independence Day celebration, in this regard.

Touching on the co-operation between Ghana and Cuba in the field of medicine, he noted that a total of 239 Ghanaian students are currently studying in medicine in Cuba. In addition to this, hundreds of Cuban doctors are currently in the country, as part of the Cuban medical brigade.

However, the Cuban Ambassador noted that Ghana’s outstanding indebtedness in the afore-mentioned areas total $4,732,700. Virtually the entire debt, he said, was incurred over the last eight years, and urged government’s prompt action in defraying this debt.

Ambassador Despaign also indicated that Cuba was counting on the support of Ghana to help to lift the commercial, economic, and financial embargo imposed by the United States of America on Cuba.

President Akufo-Addo, on his part thanked the Cuban Ambassador for the courtesy callnand assured him of the strengthening of Ghana’s relations with Cuba during the tenure of his office.

He assured Ambassador Despaign of his government’s prompt action in Ghana’s indebtedness to Cuba in the area of medical co-operation between the two countries.

President Akufo-Addo reassured the Cuban Ambassador of Ghana’s continued advocacy in helping to end the blockade against the Caribbean Island.