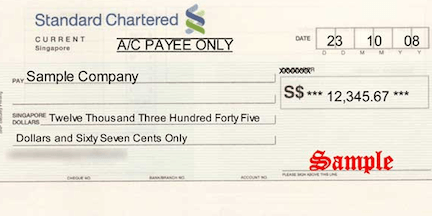 There is a gradual increase in the request for express clearing of cheques as patronage records a growth of 60.2 percent in 2016 compared to 2015.

Total value of cheques cleared by way of express service in 2016 amounted to 34.5 million Ghana cedis up by almost 54 percent over the previous year.

The Chief Executive of Ghana Interbank Payment and Settlement Systems (GhIPSS), Mr Archie Hesse said in an interview with journalists that one of the reasons why people were reluctant in the past to accept cheques was the length of time it took to clear them.

He however said that since the time got shortened to between two and three days, the volume of cheque transactions had shot up significantly.

The express cheque service enables a customer presented with a cheque of a different bank, to get value for the cheque on that same day instead of the usual three days.

The express cheque was introduced to enable customers who urgently need to cash a cheque from another bank to be able do so at a fee.

Cashing a cheque by way of express is possible once the person who issued the cheque has enough money in the account to cover its value.

In 2015, express cheque accounted for about 3 percent of total cheques cleared but went up to over 5 percent last year, indicating that a higher percentage of people requested for the express service.

Mr Hesse expressed the hope that as more people opt for the express service and experience its benefits, payment with cheque will become as regular as cash.

The GhIPSS Boss said public education on express service for cheques would be intensified this year to ensure that the public was aware of the service and used it when they consider it suitable.

He also urged the banks to market it, saying that more people will be willing to keep all their funds at the banks, when they recognise the ease with which they can access it through multiple channels.

Mr. Hesse said the march towards a cash-lite regime was real and urged the public to freely ask their bankers for express clearing of cheques if they needed the money urgently.

“Now you cannot say you need the money really quick, so you won’t accept a cheque, because you can now accept a cheque, pay it in and on the same day be able to cash the money. You just have to ask for express service,” he explained.