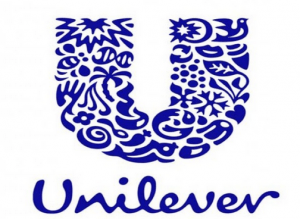 The Unilever Ghana Limited made tremendous gain of 0.8 per cent to close the week- February (13 to 17) trading on the Ghana Stock Exchange (GSE) at GH¢8.85 per share.

Unilever also reported 11.5 per cent rise in profit after tax for 2016, even though its revenue declined by 4.3 per cent to GH¢496.3 million, Nordea Capital Investment Stock Market Expert analysis of the stock transaction made available to the Ghana News Agency on Monday indicated.

According to Nordea Capital Investment Stock Market analysis, the Standard Chartered emerged as the most traded equity in value terms following the exchange of 1.8 million shares which were valued at GH¢7 million.

The Standard Chartered Bank accounted for 37.9 per cent of turnover for the week, whilst Unilever traded 32.6 per cent.

According to the Nordea Capital Stock Expert, Ghana’s equity market closed the week on an optimistic note, as inflation declined to a 37 month low, despite the International Monitory Fund indicating that the decline in inflation has been slower than expected.

The analysis revealed that the fiscal deficit for 2016 produced a gap of nine per cent of economic output rather than the fund’s target of 5.25 per cent.

According to Nordea Capital expert, the benchmark GSE-Composite Index gained 0.2 per cent on a week-on-week basis to close at 1,809.5 points. This represents a year-to-date return of 7.1 per cent.

The treasury securities closed in different directions as the 91-day T-bill trended upwards, it edged from 15.69 per cent in the previous auction to 15.96 per cent.

The 182 day bill however slumped in demand as bids came in at GH¢99.11 million with government accepting GH¢98.61 million at a weighted average interest rate of 16.97 per cent.

The yield of the one-year note was pegged at 19.0 per cent.

Nordea Capital is an investment bank, licensed by the Securities and Exchange Commission and offers a comprehensive range of services in asset management, research and strategy, corporate finance and private equity to institutional, corporate and private clients.

Nordea Capital is dedicated to growing and preserving client assets and building trust, in partnership with financial professionals and institutions worldwide.

The GSE is the principal stock exchange of Ghana. The exchange was incorporated in July 1989 with trading commencing in 1990.

It currently lists 42 equities from 37 companies and two corporate bonds. All types of securities can be listed.

Criteria for listing include capital adequacy, profitability, spread of shares, years of existence and management efficiency.

Two ex-convicts get 30 years in prison for robbery