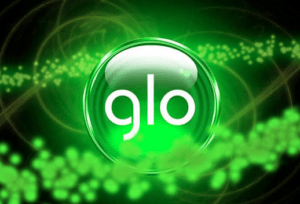 Glo Mobile has reloaded its popular product, Three Minutes To Free to deliver more benefits to its customers across the country.
The network has also introduced a new product which enables subscribers borrow data.

The Glo new product is a prepaid plan designed to offer bigger reward to customers on the network by offering free on-net calls & 60MB data after the first three minutes of charged calls from the Main account to call any network in Ghana.

For subscribers who choose this plan, all local calls were to be charged at 11 pesewas per minute after the first three charged minutes of the day.

However, the first three minutes shall be charged at 18 pesewas per minute.

The charged three minutes are cumulative, which means that a subscriber does not have to use up the first three minutes within a call but can make several calls adding up to three minutes after which calls for the day become free on the Glo network.

The benefit of free on-net calls expires at 23:59 at night same day. As part of the bargain, the customer is also eligible for free 60MB data valid for 24 hours.

A statement from Glo said existing customers could freely migrate in and out of this plan. To do so, a subscriber simply needs to dial *456#. There will not be any fee for migration.

It enjoined subscribers and lovers of value to sign onto the new product because of the unmatched benefits.

Similarly, the network has also announced Glo Borrow Me Data to enable subscribers continue to enjoy data when they cannot immediately subscribe for another package.

This allows subscribers to borrow data up to 400MB whenever their data bundles are exhausted and they do not immediately have no airtime balance to renew their data plan or in cases of unsuccessful subscription bundle activation due to low balance.

They then pay for the data at their next airtime recharge.

The statement said the Borrow Me Data offer enabled subscribers to borrow credit according to their consumption pattern. A subscriber who borrows 50MB data costing GH¢1 has one-day validity while a 100MB costing GH¢ 2 has five days validity.

The company said the data borrowing service was developed to enable subscribers surf the internet and attend to several other data dependent services without hassles.

Customers can subscribe to Borrow Me Data by dialling *5321# and then follow the menu options. The service will then push real time Data credit to all eligible subscribers in line with the stated eligibility criterion.