February 17, 2017 Politics Comments Off on E.T. Mensah withdraws from Council of State election 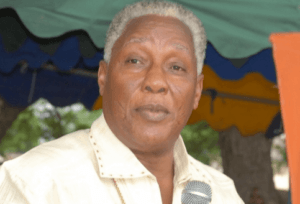 Mr Enoch Teye Mensah, former Member of Parliament for Ningo-Prampram, has withdrawn from the contest of the Greater Accra representative of the Council of State.

Mr  Mensah in a letter to the Electoral Commission dated February 15, cited personal reasons for his decision.

Mr Eric Dzakpasu, the Head of Communications of the EC, confirmed Mr Mensah’s withdrawal from the race to the Ghana News Agency on Thursday in Accra.

Thirty-two Electoral College members drawn from the 16 Metropolitan, Municipal and District Assemblies in the Region would be electing the Region’s Representative.

The Council of State is mandated by the Constitution to counsel the President in the performance of his duties.

Of the 14 contestants left in the race now, Nii Kotei Dzani, 37 years of age, and the Chief Executive Officer of Ideal Financial Holdings and Nene Kanor Atiapah, 71, a traditional ruler, are believed to be the favourites of some leading members of the governing New Patriotic Party.