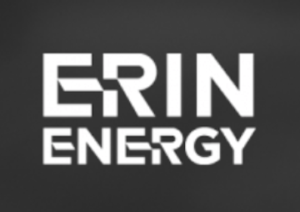 According to Erin Energy, the Facility provides for a total commitment of $100 million and bears an interest rate of three-month LIBOR plus a 6 per cent margin.

“The Facility will be repaid under a sculpted amortization schedule beginning on June 30, 2017 and ending on December 31, 2019,” it added.

In a press release copied to ghanabusinessnews.com, the company said the Facility will be used to fund its planned drilling of the Oyo-9 well offshore Nigeria.

It also said, in connection with the new Facility, in Petroleum Nigeria Limited (EPNL) entered into an exclusive off-take agreement with Glencore Energy UK Ltd on January 18, 2017 for EPNL’s entire volumes of oil arising from the Company’s Oil Mining Leases 120 and 121. The Oyo-9 well is expected to add an additional 6,000-7,000 barrels of oil per day to current Oyo field production.

The Standard Bank of South Africa (SBSA) Limited supports the Facility by a guarantee.

“The SBSA Guarantee must be entered into by the parties thereto as a condition precedent to the initial drawdown on the Facility. The Facility is subject to further conditions to closing, as is customary with such facilities,” it said.

Erin Energy further indicated that in connection with the Facility, the Company, EPNL, the Lender and EPNL’s existing secured lender Zenith Bank PLC also entered into an Override Deed that establishes, inter alia, pro-rata rights of the Lender and Zenith in respect of the proceeds from the Off-take Contract, sets out pro-rata sharing of enforcement proceeds between the Lender and Zenith and grants the necessary consents to EPNL to enter into the Facility and related documents.

Canaccord Genuity Ltd. acted as financial advisor to Erin Energy in regard to the Facility, it noted.

The release stated the following additional details regarding the Facility; the Financing Support Agreement and the Override Deed are available in the Company’s Current Report on Form 8-K filed today with the Securities and Exchange Commission.