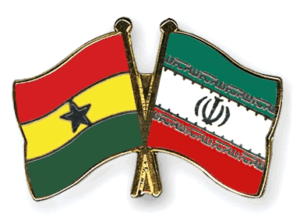 Dr Nosratollah Maliki, Iranian Ambassador, said his country is ready to support Ghana to develop its oil and petrochemical industry.

He said Iran was prepared to share its expertise in that sector with Ghana for the mutual benefits of the two countries.

Dr Maliki gave the commitment when he paid a courtesy call on Professor Aaron Mike Ocquaye, the Speaker of Parliament at his office in Accra.

Dr Maliki noted that Ghana and Iran have had good diplomatic relations, which dated back many years.

He said Iran was prepared to support Ghana to develop her agriculture sector with the right skills for the country to be self-sufficient in food production.

Prof Ocquaye said the visit by Dr Maliki was further evidence of the good relations between the two countries.

He said he was very much aware of the assistance the Iranian government had given to the University of Ghana.

He said Ghana had more to learn from Iran in the area of oil and the petrol chemical industry since the country was new in that sector.

Prof Ocquaye said Ghana was prepared to learn from the local content of Iran in relation to the oil sector and adopt the best practices for the country.

He extended invitation to the leadership of the Iranian Parliament to visit the country to deepen co-operation between the two institutions.

Mr Kyeremeh said the visit by the Iranian Ambassador was a way of cementing the relationship between the two countries.

He urged members of House to take interest in the various friendship associations within Parliament with their foreign counterparts.

Alhaji Mubarak lauded the Iranian government for its support to the country’s agriculture sector over the years.

He praised Iran for its contribution to the country’s education by establishing a university in the country.