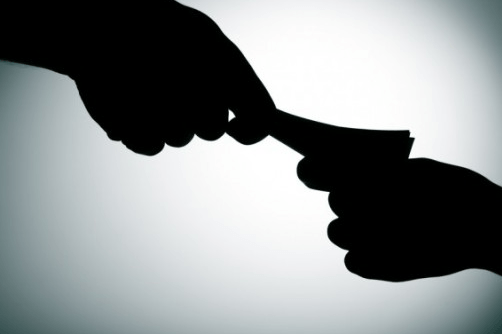 The Ghana Integrity Initiative (GII), has called for an independent probe into parliament bribery allegations.

GII considered the current matter as unfortunate, embarrassing and a major dent of the image of Parliament and hence the urgent need for swift action by the Leadership of the August House to redeem the sinking image of the Legislature.

A statement issued by Linda Ofori-Kwafo, Executive Director of the Initiative in Accra said the allegations were made by Mr Mahama Ayariga, Member of Parliament (MP) for Bawku Central to the effect that, the then Minister Nominee for Energy, Mr Boakye Agyarko attempted to bribe the Minority Caucus on the Appointments Committee with the sum of GH¢ 3,000 each in order to secure consensus amongst members to approve his nomination.

GII is of the opinion that, it is incumbent on officials who hold public office and are paid with public funds to demonstrate the highest standards of integrity in the performance of their duties and therefore considers the development in Parliament very worrying.

The statement said similar allegations in the recent past were not thoroughly investigated.

It said,“ It is however, refreshing to note that even though this is not the first time an MP is alleging attempted bribery of MPs, this is the first time MPs are publicly calling for investigations into the matter and committing to testifying during such investigations.

“GII is also of the view that though unfortunate, this is an opportunity for Parliament if possible to holistically address the general public’s perception of Parliamentary corruption and incessant allegations made by individuals including Martin Amidu, former Attorney General and Minister of Justice, Alban Bagbin, an MP, P.C Appiah Ofori, former MP and Professor Stephen Adei, former Rector of GIMPA.

GII is the local chapter of Transparency International, the global civil society organisation leading the fight against corruption.