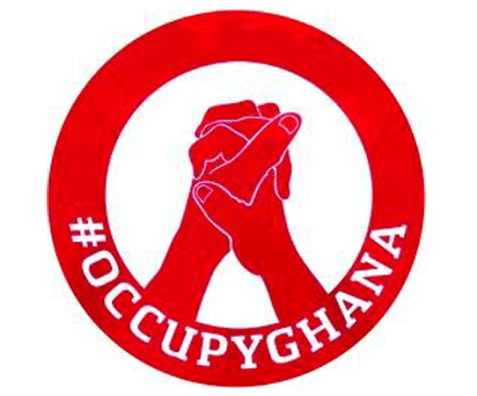 Pressure group, OccupyGhana has called on the Ghana Police to probe  the parliament bribery allegations.

The group in a press release said they have observed with increasing unease, allegations and denials of corruption among Members of the Parliament’s Appointments Committee.

The group has called for an independent Police investigation into the damning allegations and a no-holds-barred criminal prosecution of anyone found to be on the wrong side of Ghanaian law in this scandalous development.

They said the allegations of parliamentary rot and corruption by credible persons of the Ghanaian society against various other Committees selected to work on Bills such as the GIMPA Act, going as far as to accuse MPs of demanding bribes and payments before sitting on bills is disturbing.

“We recall Parliament’s abject failure, refusal or neglect to investigate allegations of corruption made against its members by the immediate past Majority Leader, just before his elevation to that high office,” it added.

OccupyGhanna further said the  present allegations of bribery are grave and sobering and impinge on the integrity not only of Parliament but also of the image of the Ghanaian Republic. These allegations must not be glossed over and brushed under the carpet by the usually lackadaisical or complicit workings of partisan politics.

Additionally, the group is demanding the harshest of parliamentary and possibly criminal sanctions for those making the allegations if they prove to be false.

It also called on the Police CID to immediately empanel a team to commence investigations and establish the truth, or the lack thereof, in any part of the nation-wrecking allegations.

“We absolutely refuse to allow Ghana’s Parliament to either add itself to the list of the country’s most corrupt institutions or become a citadel of false allegations, and our demand for this probe will settle the matter of whether or not our legislative arm of government can be trusted to uphold the rule of law in the Ghanaian Republic,” it concluded.

Issues of bribery allegations emerged when Mahama Ayariga, Member of Parliament for Bawku Central pointed accusing fingers at Boakye Agyarko, a ministerial nominee being vetted for bribing some minority members on the Appointments Committee with GH¢3,000.

Although both Mubarak Mohammed Muntaka, a minority MP and member of the committee and Mr. Agyarko have denied the claims, there has been growing demand for investigations into the matter.