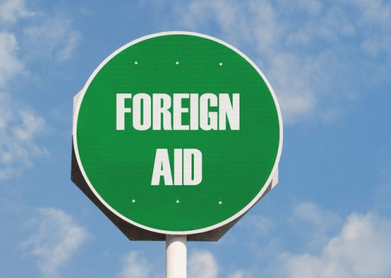 Ambassador Georg Schmidt, Germany’s Regional Director for sub-Saharan Africa and the Sahel, has said the Government’s decision on moving away from development aid into a more business-oriented approach is very encouraging.

Ghana, Mr Schmidt explained, was considered as Germany’s strong partner, stating that, the Government’s stand on foreign aid also tied in well with Germany’s agenda of putting Africa on the spotlight at the G20 Summit, scheduled to be hosted in July in Hamburg, in Germany.

“Germany would follow it closely because it ties into Germany’s cooperation in Ghana,” he said, explaining that, Germany had put into Ghanaian disposition, $1.5 billion for various developmental projects.

At a media interaction in Accra, Mr Schmidt explained that Germany would continue to hold onto the ties and deepen bilateral cooperation with Ghana, which dates back to 1956.

He said Germany believes that while bilateral trade with Ghana was going up, it would be much helpful if there was a stronger focus on economic interactions and investments of things “because by transferring funds you can help to create good conditions, to alleviate certain social conditions but it’s never going to be enough to engender domestic and sustainable growth”.

He said at that Summit, Chancellor Angela Merckel would be looking forward to convincing her counterparts to take a closer look at Africa, especially, how to facilitate Sub-Saharan Africa to generate the kind of capital growth rate needed in order to create more jobs and prosperity for Africans and for Europeans also.

“People and businesses would be encouraged to come to Africa to do good business on the Continent to boost growth in Africa,” he said.

He said again, the first German-Africa Business Summit would be held in Nairobi, Kenya, on February 8, with participation from other countries, and that it was hoping that that business summit would trigger a different awareness on Africa markets.

“This has set a good example, once again, that it is possible for a peaceful transition of political power in Africa”.

Rahman may be out for seven months – GFA President