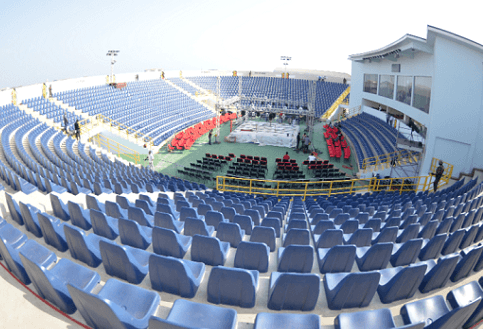 Richard Commey, Fredrick Lawson and Duke Micah, are set to thrill boxing fans in Ghana in separate bouts, on March 11, 2017, at the newly built Bukom Boxing Arena, in Accra.

This will be under the auspices of Streetwise Boxing Promotion in association with Errol Hawks Sports Management, which will also form part of the 60th Anniversary Celebration of Ghana’s Independence on March 6.

This show, will mark the beginning of a committed collaboration between the CEOs of Streetwise Promotions Michael Amoo-Bediako and Errol Hawk Sports Management Jacob Zwennes, to provide a global platform for young and talented Ghanaian boxers to showcase their skills on the world stage.

Micheal Amoo-Bediako, Chief Executive of Streetwise Boxing Promotion said Ghanaian boxers have been confronted with several challenges when they travel outside the country to fight.

He said “When I attended the recent WBC convention in Miami, I spoke to the WBC President Mauricio Sulaiman and Vice-Presidents Mauro Betti and Houcine Houichi about Africa’s predicaments and they agreed with me and echoed my sentiments.

“They have agreed to support the idea of making Ghana an international destination for boxing and have been instrumental in providing their international titles to grace this show in March”.

WBC president Sulaiman on his part noted that, “the new era of boxing in Africa is here”.

“The WBC stands tall and proud to support the efforts of Streetwise Promotions and Errol Hawk Management and celebrate this unbelievable boxing card in which three WBC International belts will be contested.

“Africa has always been a top priority to the WBC and my dear father Jose Sulaiman and Ghana has the inspiration of great heroes from the past like Nana Konadu, Ike Quartey and the greatest, the Professor, our hero Azumah Nelson.”

Also in the release, Richard Commey who is very unlucky not to count himself a world champion after two controversial split decision verdicts against him in 2016 will be fighting for the first time since being released by his former promoters Sauerland and looking to get back to fighting for a world title in the near future.

Frederick Lawson will also be on the comeback trail to claim his rightful position in the welterweight division after fully recovering from an injury sustained during his last fight in November 2015.

Lastly the infectious Duke “The Baby Faced Terminator” Micah, who is the current Commonwealth (British Empire) Bantamweight Champion, is set to electrify the Bukom fight night and serve notice to the bantamweight division in 2017 that the kid dynamite has landed on the world stage.

AU welcomes US move to lift sanctions against Sudan