January 19, 2017 Africa/International Comments Off on US condemns Mali attack 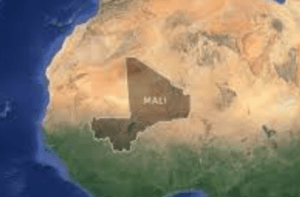 The United States has strongly condemned the attack on a military camp in Gao that houses government forces and members of the primary armed groups that signed the Malian peace accord, a press release from the US Department of State has announced.

We are aware of reports that the attack was engineered by a suicide bomber using a truck filled with explosives. This attack targeted troops from the signatory groups known as the Coordination of the Movements of the Azawad and the Platform, as well as government forces, who were preparing to start joint patrols in Gao, as called for in the 2015 peace accord, the release indicated.

We offer our condolences to the victims and their families. We also denounce in the strongest terms all efforts to derail implementation of the peace agreement in Mali, it said, adding, that the United States will continue to strongly support the ongoing peace process and efforts to mitigate terrorist threats.

The suicide attack on a military base in northern Mali killed at least 50 people,the BBC reported.