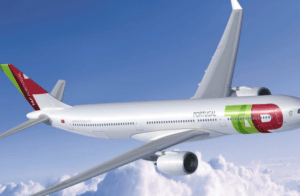 TAP Portugal has announced a 36 per cent increase in its traffic results from Africa in December 2016 and a 10 per cent total growth for the whole year.

A statement issued to the GNA by Mr João Inglês, Regional Manager for Cape Verde Islands; Ghana & Guinea Bissau, said TAP carried a total of 11,724 million passengers in its system-wide network in 2016; recording a growth of six per cent compared to previous year.

The airline’s traffic indicators performed best in December 2016, with an increase of 26 per cent in the passenger traffic carried that month alone compared to same period 2015, thus going up to the record figure of nearly 990,000 passengers.

“When analysing the entire year, TAP has regained traffic during the second half of 2016 after restructuring its network throughout the first half and managed to post 7,159 million passengers in total for the intra-European portion of the network,” he stated.

Following the same trend for its Intercontinental segment as in Africa, there was strong pick up in the Brazilian routes during the second half of the year as well, TAP having carried five per cent more passengers in last December than in previous year and thereby reaching 1.4 million passengers in the end of 2016.

“Altogether, and mainly due to the increases reported for North America and Africa, the company’s Intercontinental routes accounted for a three per cent growth in 2016, with 2,74 million passengers in the whole, some 70,000 above 2015,” he stated

Mr Inglês said the passenger load-factor (L/F) reported in last December went up 7.4 percentage points, going to a 78.8 per cent L/F, which resulted into TAP completing 2016 with an average load-factor of 78.6 per cent in its system-wide network.

The US topped other regions, with a significant increase achieved. TAP carried in 2016, some 186,000 more passengers than in previous year, thus amounting to 472,000 passengers; a 65 per cent increase above 2015.

This growth, according to the airline, resulted from the strategy implemented in the US market, with the launch of two new routes: New York-JFK and Boston, last June, in addition to the increase in frequencies to the North American destinations already served by TAP, Newark and Miami.

“A special remark is to be made to December, with an impressive 168 per cent growth in traffic posted in this month alone compared to same period 2015, therefore allowing TAP to anticipate a strong growth for the current year of 2017 as well,” he said.

In its Continental sector – domestic, Madeira and Azores Islands and Europe altogether, posted a four percent growth last year, with a total of 8.99 million passengers.

Mr Inglês said the launch of the ‘Lisbon – Porto shuttle’ in March 2016 largely contributed to the growth, with TAP reporting a 126 per cent increase in traffic on December alone while the average seat load-factor for those flights went up to 73.1 per cent, showing an improvement of 7.8 p. p. over same month 2015.

Likewise, the flights between Portugal mainland and Madeira and the Azores together had a five per cent increase, adding to a total number of 967,000 passengers carried.

In Europe, TAP had a 21 per cent growth in traffic last December, carrying some 571,000 passengers in that month.