The dangers of abusing Tramadol for pain management

January 11, 2017 Feature Articles Comments Off on The dangers of abusing Tramadol for pain management 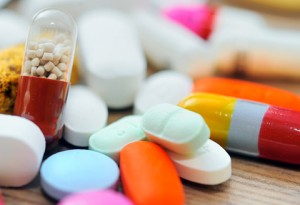 Tramadol hydrochloride is one of the group of medicines called centrally acting analgesics which are used for the relief of moderate or severe pain.

Tramadol is one of the drugs that falls under Opioid Analgesics which are reserved for managing moderate to severe pains and comes in the form of syrup or capsules.

Information gathered from drugs.com and Wikipedia indicates that, opioids are substances that act on opioid receptors to produce morphine-like effects.

It also includes antagonist drugs such as naloxone and endogenous peptides such as the endorphins.

It is often applied on accident victims, persons experiencing trauma and excruciating pains, however, it should be used upon recommendation by a clinical pharmacist or drug expert in view of its negative side effects.

Some side effects of opioids may include itchiness, sedation, nausea, respiratory depression, constipation, euphoria and even death.

Dependence will develop with continuous use, requiring increasing doses and leading to a withdrawal syndrome upon abrupt discontinuation.

The euphoria attracts recreational use and escalating opioids usage may typically results in addiction.

Accidental overdose or concurrent use with other depressant drugs commonly results in death from respiratory depression.

In recent times, the use of tramadol in particular by some youth in Sekondi-Takoradi and other urban centres in the country for pain relief has become rampant.

An independent investigation conducted by the Ghana News Agency in Sekondi recently revealed that some fishermen, head porters (kayeyies), truck-pushers and artisans have assumed the habit of using tramadol for controlling pain and boosting their energies after tedious work.

GNA interaction with Kwame Mintah, a 25-year old truck-pusher at the Sekondi Lorry Station, revealed that the gentleman consumed four tablets of tramadol after a day’s work.

According to him, the medicine gives him extra energy to work for several hours without getting tired, saying, “I can even work throughout the day without being tired’’.

GNA investigations at a pharmacy shop in Kwesimintsim revealed that a pack of tramadol cost GHc5 which is quite affordable for anybody to purchase it.

Salamatu Ibrahim, a head porter at the Takoradi Market Circle, told the GNA that a friend recommended tramadol to her and had been using it for the past two months to relief pain in view of the heavy loads she carried over long distances.

Asked whether she has experienced any side effect since she started using it, she said: ‘’I sometimes experience severe headache’’.

Mrs Sarah Van-Ess, the Head of Pharmacy and Deputy Director in-charge of Pharmaceutical Services at the Effia Nkwanta Regional Hospital, mentioned some side effects of tramadol including, diarrhoea, seizures, muscle weakness and blood disorders.

She said: “Managing pain thresholds required drug specialist’s recommendations, therefore before a patient will be given a medicine, the specialist might have diagnosed him/her properly and realised that a particular analgesics is good for that person”.

“Tramadol is a strong analgesic therefore it is not good to use it for managing minor pains because its side effects could be fatal”, she added, saying, “Medicines are small amount of poisons which are often used to correct certain physiological malfunctions within the body”.

Mrs Van-Ess called for proper regulation of the sale of tramadol by the Pharmacy Council so that it does not find its way into community drugs shops so as to prevent it from being abused.

According to her, pains can be caused by different factors including one’s sleeping position therefore it required a simple physiological advice to manage it instead of resorting to the use of painkillers.

Mr Abu Sumailar, the Western Regional Manager of the Food and Drugs Authority (FDA), said the Authority registers medicines based on their usage and classifications.

According to him, drugs had been classified into three groups namely, Prescription Only Medicines (POM), Pharmacy Instructed Prescriptions (PIP) and Over the Counter (OTC) drugs.

He said the Pharmacy Council was responsible for enforcing the medicines that supposed to be sold at any particular shops.

He noted that POM drugs could be sold to only individuals with prescription note from a drug expert or clinical pharmacist while licensed pharmacies could also sell all the three categories of drugs.

However, licensed chemical sellers were not authorised to sell POM drugs but they could sell only Over the Counter medicines.

He stressed that tramadol was classified under the POM therefore licensed chemical sellers were not supposed to sell them, however, the Authority cannot stop them but rather the Pharmacy Council.

Meanwhile, Mrs Evelyn Oduro, the Western Regional Manager of the Pharmacy Council, told the GNA that the Council had been carrying out routine inspection of licensed chemical shops across the Region to ascertain whether they were complying with the directives, saying tramadol is not supposed to be sold in chemical shops.

She added that the Council undertook educational programmes at lorry terminals, second cycle educational institutions, radio stations, churches and mosque and other public places and sensitized the public on the need to avoid personal medication.

“Our only challenge is that whenever we seize drugs that are not meant to be sold by some licensed chemical sellers then owners of those shops called politicians and other influential people in the society to plead on their behalf’’ she noted, saying,  “But we always tell those people who come to beg about the law“.

The Regional Pharmacy Council Manager indicated the seized drugs were often given to the Ghana Prison Service for free.

She appealed to the government to equip the Council with the necessary logistics so that it could sustain the education drive and extend it to the rural communities in view of the high prevalence rate of drug abusive in the country.

“The greatest disease in the West today is not TB or leprosy; it is being unwanted, unloved, and uncared for. We can cure physical diseases with medicine, but the only cure for loneliness, despair, and hopelessness is love. There are many in the world who are dying for a piece of bread but there are many more dying for a little love. The poverty in the West is a different kind of poverty — it is not only a poverty of loneliness but also of spirituality. There’s a hunger for love, as there is a hunger for God.”-Mother Teresa.