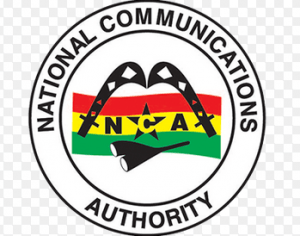 The NPP transitional team has put the breaks on the telecommunications regulator from implementing some new policies in the 4G space, impeccable sources at the National Communications Authority (NCA) have said.

The NCA board and management met with the four BWA (Broadband Wireless Access) license holders, namely Surfline, Blu, Goldkey and Broadband Home on Tuesday, January 3, 2017 to discuss their license conditions and localization among other things.

They discussed some major issues regarding the 4G space and were gearing up for immediate implementation, but on Thursday, January 5, 2017 the transitional team contacted the NCA Board and stopped them from going ahead to implement any of the issues agreed on.

Some of the people who attended that meeting suspect that either some NCA board members or management team members opposed to the decisions reached at that meeting tipped off the transitional team to stop implementation.

Meanwhile, Adom News can confirm that discussions at that meeting were, in the main, around allowing BWAs to offer voice services soon, by reducing the initial 203 district capitals they had to cover before going voice to just 50 district capitals.

They also discussed how MTN can dispose of its 35 per cent shares after acquiring a 4G license.

That particular issue centered around a proposal for MTN to buy out Goldkey’s BWA spectrum and in exchange, allow the latter to own shares in MTN.

The confusion in that deal is that Goldkey’s license allows a foreign entity, like MTN to only own 70 per cent and not 100 per cent, so it was still not clear how a complete buy out would look like in the face of the licensing requirement.

Busy Ghana is an authorized (not licensed) 4G player but they were not invited to the meeting because industry players have always raised an issue about a fundamental defect in their status.

Busy Ghana neither paid $6million like the BWAs did nor did they pay $67.5million like MTN did for a proper license, but were just authorized for way less.

The meeting therefore had a discussion on making Busy Ghana pay same annual fees as the BWAs in order to continue operating as a 4G player.

There were discussions about a 4G partnership proposal between Vodafone and Surfline and a 4G wholesale deal between Tigo and Comsis, but those were stalled because the NCA’s position was that there were no policies and regulatory framework for such partnership and wholesale deals as yet.

Vodafone and Surfline are seeking to partner, with Vodafone providing the platform to expand 4G coverage, while Surfline provides capacity for Vodafone to improve service in areas with high density, but the NCA stopped it for lack of regulations.

Tigo also made enquiries about wholesaling for Comsis in the 4G space but that was also stopped for similar reasons.

But the BWAs are most disappointed because they were happy about the prospect of starting voice services soon to at least shore up their revenue and stake their claim as leaders in the data space, but the move by the transitional team has messed up their hopes.

The CEO of one of the BWAs is hopeful that this halt on the NCA from implementing the new BWA policies would be short-lived because they expect the incoming administration to see the wisdom in giving BWAs some relief to grow and make the expected impact.

They maintain that, but for the 800MHz spectrum sold to MTN, the BWAs would have, in a few years, risen fast to the top of the data market and helped to improve the lives of Ghanaians in a significant way.

Meanwhile, some other related issues that the NCA, under the incoming government, would be expected to deal with, would include what to do with the second slot of the 800MHz 4G spectrum that was left after MTN bought one for a whopping $67.5million.

The issue of Expresso has also become an albatross around the neck of the industry because till date it is still not clear if the Sudanese owners, Sudatel have sold all the shares in the company or it is still the case that some secret buyer has paid only $5million into an escrow account for 18 per cent of the company.

The company is dying gradually and workers are said to have not been paid salaries for months. The regulator would be expected to act more decisively in the interest of the country.

Glo has also been falling headlong for more than a year now and it lost coverage in several communities across the country after boasting of over 90 per cent coverage at its launch. The regulator may have to look at what is going on there and ensure that Ghana got value for money on the national resource given to Glo.

The next four years also promises to produce some mergers, acquisitions and partnership within the telecom industry. Already, there have been rumors that French telecoms giant, Orange is coming in to acquire two companies in Ghana and merge them under the Orange brand.

The NCA must therefore be quick with the regulatory frameworks regarding partnership, mergers and acquisitions within the industry.

It would also be interesting to see what the NCA, under the new administration, would do with the Interconnect Clearinghouse (ICH), as some NPP MPs were in vehement opposition to the ICH while they were in opposition.

In all this, care must be taken not to do anything to incur a judgment debt for the state unnecessarily.