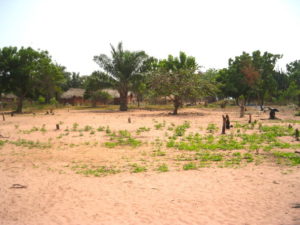 Uneasy calm lies between Fielmuo and Nemoro people in the Sissala West District of the Upper West Region, over the siting of a senior high technical school in Fielmuo.

The first site for the school was said to be the ancestral home of spirits, the second site was also said to be where the spirit of Buli, Koro and Nemoro communities meets to worship and the third site was claimed to be a land belonging to the Nemoro people.

“These sites were rejected with reasons that lacked all elements of reasonable argument, and besides not within the prospect of believe in the 21st century,” Mr Ivan Maayir, National Chairman of the Fielmuo Development Association (FADA) has said.

He claimed that the action showed how retrogressive a people could be, linking development to the existence of spirits in “this era”.

Mr Maayir raised the concern at the annual Kukr-Bagr Festival of the Chiefs and people of Fielmuo to mark the end of the harvest season.

The festival is organised to instil moral values, transmit the unique culture and the spirit of living in peace with neighbours in the youth.

Mr Maayir said in seeking social justice, the people were mindful of wrongful actions and that the thirst for the school and social justice would not drive them to “drink from the cup of bitterness and hatred”.

He said school was not meant for tribes, geographical boundaries and traditional areas and nowhere in Ghana was a school built for the dominant ethnic group.

“We shall conduct the struggle for the school with dignity and discipline and we will succeed meeting physical force with soul force,” he said.

The FADA’s National Chairman said government awarded the school to the people of Fielmuo in line its quest to pursue social justice and bring development to all parts of the country devoid of ethnic, religious or political considerations.

Mr Maayir said the people of Fielmou deserve a fair share of the national cake and appealed to the Member of Parliament elect, Mr Patrick Al-Hassan Adamah to intervene and facilitate the construction of school without further delay.

He appealed to Ghana Education Service and the West African Examination Council to consider creating an examination centre for students to write the Basic Education Certificate Examinations (BECE) at Fielmuo.

He said students from the area traveled to Gwollu to write the BECE and went through challenges of transportation, feeding and accommodation.

Mr Adamah gave the assurance that he would build trust among the Fielmuo and Nemoro people to live in peace as brothers and sisters.

He said it would not be too long and the two ethnic groups would be celebrating the festival together in peace and love.