President John Dramani Mahama on Wednesday inaugurated a €60 million Euros Ciments de l’Afrique (CIMAF), Moroccan cement factory with the call on them to devote a substantial amount of their proceeds into Corporate Social Responsibility programmes.

In that way, he said it would boost the socio-economic development of the country and create numerous job opportunities for Ghanaians.

He made this call in a speech read on his behalf at the inauguration.

Mr Haruna Iddrisu, Minister of Employment and Labour Relations delivered the speech on his behalf because the President had lost his voice on account of the campaign tours he had undertaken over the weeks.

On March 4, 2014, Mrs Mawuena Trebarh represented the Minister of Trade, Haruna Iddrisu and signed on behalf of government, while Mr Saad Sefrioui, General Director of Ciments de l’Afrique (CIMAF) signing on behalf of his organisation.

According to the terms of the agreement signed in Accra, CIMAF was to invest sixty million euros (€60, 000,000.00) into the construction of a cement producing plant in Tema.

The plant was to be completed in 18 months to serve local demand and also for export to other countries.

as developing the building materials sector through ready mix concrete and aggregates,

Ghana was also expected to provide support and facilitate the administrative procedures towards an agreement for a lease of a limestone quarry for the smooth operations of the cement plant.

Subsequently President Mahama broke grounds for the construction of the plant on July 4, 2014.
President Mahama said government under the yet to be inaugurated Ghana International Trade Commission would work earnestly to ensure fair and equitable trade tariffs for investors and other businesses.

The equitable imposition of tariffs, he added would also help to reduce the importation of goods that Ghana had a comparative advantage in.

He commended the Moroccan factory for the confidence reposed in Ghana adding “by your investment it shows how Ghana has turn out to be an attraction to Foreign Direct Investment”.

He said their ambition to produce cement and paper bags in the country was an addition that could create more jobs for teeming Ghanaian youth.

Mr Anas Sefrioui, President of the CIMAF group said the factory would produce one million tonnes of cement annually and had employed about 1,200 workers from the beginning of the project to its current state.

He gave the assurance that production levels could move to five million tonnes by 2050 and commended government for giving them the opportunity to establish a factory that was already enjoying its operations in 10 other African countries.

Mr Sefrioui said the cement plant was the first Moroccan government investment in Ghana and its success could propel a lot more Moroccan businesses to invest in the West African country.

The Group President gave the assurance that the plant would be entirely managed with the Ghanaian Human Resource in line with the agreement they signed with the Ghana Investment Promotion Centre to develop local content.

He said 30 Ghanaian Technicians had also been sent for training in Morocco in the handling of various departments of the plant on completion. 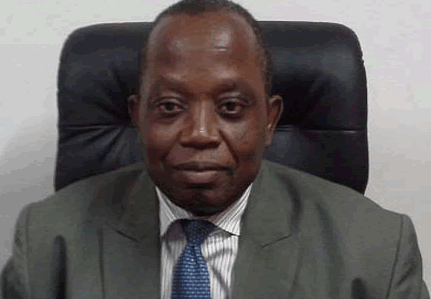