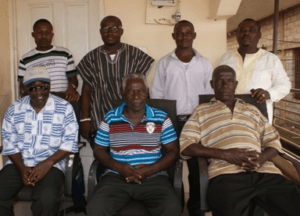 Ex W.O. 1 Henry Nii Sowah Otinkra, Head of the Family of the Nii Klu Din We, one of the gates of Teshie Stool has re-affirm the appointment of one Jonathan Adjetey Adjei as the Mankralo of Teshie.

Ex W.O 1 Otinkra said the kingmakers signed a letter to that effect and copied it to the Registrar of the Greater Accra Regional House of Chiefs in Dodowa dated October 10.

Ex W.O1 at a press briefing in Accra urged the public to ignore statement from the Numo Nmashie Family of Teshie Aboma Traditional Area that the installation of Nii Nmashie as the Mankralo of Teshie was against the tradition and customary practices of Teshie.

He said Nii Nmashie was the substantive Mankralo of Teshie and urged the public to disregard any contrary view.

Medical doctors to be trained in communication