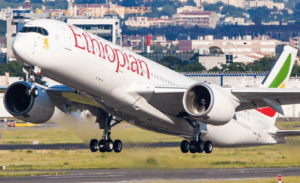 After starting an important route to New York City in July, adding Moroni the capital of the archipelago Comoros, Ethiopian Airlines has announced it is starting flights to the Norwegian capital Oslo.

The Airline says in a press release copied to ghanabusinessnews.com that it will start scheduled five weekly flights to Oslo, via Stockholm with one of its Boeing 787 Dreamliner in March 2017.

Commenting, Group CEO of Ethiopian Airlines, Mr. Tewolde GebreMariam said: “With Africa’s economic boom, and its growing trade, investment, business and tourism ties with Europe in general and Norway in particular, Ethiopian is pleased to provide the essential air connectivity that will serve as the engine for the continued growth of these relations. In addition to serving the growing travel needs between Oslo and Africa, we will be able to offer efficient connections between Africa and Central/ Eastern Europe in cooperation with our Star Alliance Partners.”

He added that the inclusion of Oslo in the Ethiopian network is part of the Airline’s Vision 2025 of connecting Africa with the world’s major economic and financial hubs.

The state-owned airlines, established 70 years ago, operates over 240 flights daily from its hub in the Ethiopian capital, Addis Ababa. In the 2014/2015 fiscal year, Ethiopian Airlines made $175 million in profits, and this is more than the profit made by all airlines in Africa combined.