We would strengthen capacities of CSOs – SNV 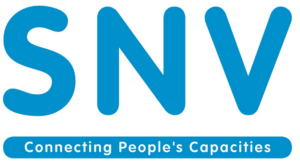 The SNV Netherlands Development Organisation, will continue to help build capacities of civil society organisations (CSOs) in their advocacy roles and empower them to hold policymakers and companies accountable.

Mr Eric Banye, the Country Programme Coordinator (V4C Partnership) SNV Netherlands Development Organisation, said by so doing, CSOs would be contributing to an all inclusive growth and development and help reduce inequality.

He said his organisation would continue encourage and capacitate CSOs in making use of evidence and data by contextualising results of research and availing knowledge products to policymakers and the public.

Mr Banye said during a three-day workshop for media professionals on the SNV Netherlands Development Organisation’s “The Voice for Change Partnership Programme (V4C)”.

The V4C is an evidence based advocacy programme being implemented by the SNV Netherlands Development Organisation in partnership with the International Food and Policy Research Institute (IFPRI) and the Dutch Ministry of Foreign Affairs.

The Dutch Ministry is funding the programme for the period 2016 to 2020 as part of their worldwide effort to reinforce space for CSOs worldwide.

The programme is focused on four thematic areas – Food and Nutrition Security, Renewable Energy and WASH.

Mr Banye said the V4C seeks to ensure increase in equity and access to sustainable, equitable and    affordable sanitation and hygiene services and products.

He said a study by the Global Analysis and Assessment of Sanitation and Drinking-Water (GLAAS) in 2013 shows that 17 million Ghanaians drink water that is not safe; whereas the World Health Organisation/United Nations International Children’s Fund Joint Monitoring Team (WHO/UNICEF JMP 2015 report revealed that 19 percent of Ghana’s population practice open defecation and 58 per cent use shared latrines.

“More than five in six Ghanaians do not have access to improved sanitation; 3,600 children under five die annually in Ghana from diarrhoea,” WHO 2015 – Global Health Observatory data repository.

On water coverage, Mr Banye said inequity still exist between urban and rural coverage, between the wealthy and poor class in the community; adding that women and girls suffer most.

“The needy lack the voice on issues and also lack representation in the decision-making process,” he said.

He said the lack of commitment to implement existing bye-laws, policies, regulations and frameworks, was hampering efforts to ensure that the WASH project was effectively implemented.

Mr Banye said several CSOs exist in Ghana but their efforts were uncoordinated and not backed by real evidence.

He said in order to address the issue of sanitation in the country, there is the need for attitudinal change among Ghanaians.

SNV is an international not-for-profit development organisation, funded from public and private sources, working in 38 countries in Africa, Asia, and Latin America.

It specialises in supporting the resourcefulness of development actors by developing local capacities, improving performance and services, strengthening governance systems and helping to create access for excluded groups.