More footballers say they were sexually abused as scandal grows 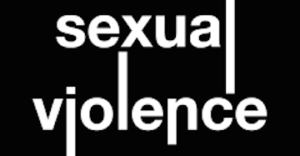 Former England midfielder Paul Stewart believes “hundreds” of former players may have been subjected to sexual abuse when children, as more victims came forward on Friday.

Former Tottenham and Liverpool striker Stewart told the BBC he was abused on a daily basis by a youth team coach, from the age of 11.

Stewart said the scale of the scandal could rival that of Jimmy Savile, who was accused of hundreds of cases of abuse after his death.

“My hope would be that it’s not as many (Savile) but I think it’s hundreds”,” he told the BBC.

Former Crewe forward Andy Woodward lifted the lid on the scandal last week when he revealed he had been sexually abused by Barry Bennell, a convicted paedophile who worked as a coach at the club.

The BBC reported a statement from Cheshire Police that 11 people had come forward, including another former Crewe player Steve Walters.

The National Society for Prevention of Cruelty to Children (NSPCC) set up a hotline this week for footballers who may have been abused.

They reported 50 calls on the first day while The Guardian said on Friday a former Newcastle player had also come forward to report abuse.

Two more ex-footballers, Chris Unsworth and Jason Dunford, came forward on Friday to tell their stories of abuse when children in the sport.

England captain Wayne Rooney, an ambassador for the NSPCC, urged people to continue to come forward.

“It’s awful that some of my colleagues have suffered this way whilst playing the sport that I and they love,” he said.

“Andy has been really brave to come forward and I would encourage anyone who has or is suffering from abuse to call the NSPCC’s new football helpline.

“It’s important that people know that it’s okay to speak out, there is help available and that they don’t need to suffer in silence.”